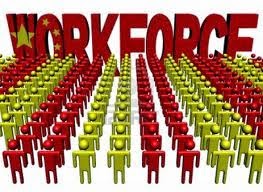 ...thanks primarily to President Reagan and his Trotskyite neoconservative cronies...

(1) THEN... First the history. Early in 1981 the President's Task Force on Private Sector Initiatives was installed at 734 Jackson Place, N.W., Washington, D.C. Membership listed on The White House letterhead read like a “Who’s Who” of individuals in government agencies, universities, tax-exempt foundations, non-governmental organizations, business, media, labor unions, and religion.

Read two previous blog posts for a list of who's who: "The Origins of "Choice" and "Public & Private Partnerships" and also see page 175 of my book the deliberate dumbing down of america. 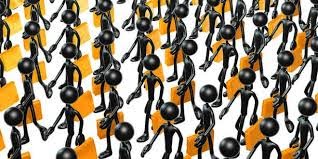 (2) NOW... for today's press release from the U.S. Department of Education:
Note the last paragraph in this excerpted press release above:


The grant is helping increase employer partnerships with the school system while allowing effective programs like the academy’s to expand and serve more students. Secretaries Duncan and Perez will tour classes and participate in a roundtable discussion with school officials, students and local union and workforce leaders....

Posted by Charlotte Iserbyt at 12:07 PM