Draw a Line in the Sand 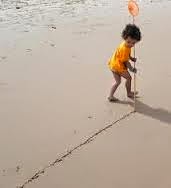 Regarding the Time Out radio show interview I did on July 25th [Listen HERE],  I transcribed some of my comments for this blog...


"If there is any website listeners have to go to it is a blog I started in May 2014.  Little pieces of important documents that Americans have to read. All the way through [last week's] big event by Glenn Beck where he pulled all conservatives into the agenda for this wretched one world communist system. All you have to do is go to my blogspot and read and you will understand exactly what I am talking about. "...


The Heritage Foundation and its role:


"What we are looking at and which has been implemented mostly by the neoconservative Trotskyite groups in every state... you can look them up... headed up by the Heritage Foundation... is a world system. Why not? Heritage Foundation, as I just said, drafted NAFTA. That is Karl Marx. Marx loved Free Trade. That is how we lost all our jobs. That is how they are implementing the world communist system called for by  (Ford Foundation President) Rowan Gaither (Interview with Norman Dodd)....


The so-called Christian Groups that are NOT Christian:

It is not pouring money in which is mixed public/private with United Way and all these groups that call themselves Christian. These so-called Christian groups are NOT Christian. They are Reconstructionist and Dominionist. They have taken over. They have (management guru  Peter Drucker's) system in place which is Performance-Based Skinnerian Outcomes Based Education (brainwashing); money-oriented; that is all they are. They are pretending they are Christianity and they are not. [NOTE: For more information about this, listen to my radio interview HERE]


Gallagher asked: "We have only two minutes.  What do you want to get out on air?" My answer:


"I want to get out fact that everything I have said is documented. My book the deliberate dumbing down of america, 1999, was boycotted by the conservative right wing. It is a free download at deliberatedumbingdown.com. The updated 2011 version at Amazon.com covers school choice, charter schools, Bill Gates, the UN agenda, community education which I talked about, which is communist lifelong learning under unelected boards.

"Do you know what the National Alliance of Business called for in the mid-nineties?  Work force training until age 80!!! OK, Grandpa... maybe you are you sitting there in Connecticut looking out over Long Island Sound, having your drink at night? You are lucky if you are 80! This is what we are looking at with limited learning for lifelong labor, which is the communist system. They fooled us like mad, telling us communism was dead. Major thrust of communism is the destruction of message of Jesus Christ, and Christ's message is not a neoconservative message... like (what comes) out of the mouth of Jerry Falwell, and all those Reconstructionist/Dominionists groups that believe in Old Testament Law. That might be the best thing for people to think about... [That they are attempting to build] the Kingdom of God on Earth.

I am calling on the American people to wake up. Draw a line in the sand....

This one document is very important: Time Magazine, 1942 ["American Malvern," which was an extensive article in its Religion section about a plan of action for of action toward “a just and durable peace” for the years following the end of World War II"]:

These are the high spots of organized U.S. Protestantism’s super-protestant new
program for a just and durable peace after World War II:
This program was adopted last week by 375 appointed representatives of 30-odd denominations called together at Ohio Wesleyan University by the Federal Council of Churches. Every local Protestant church in the country will now be urged to get behind the program. “As Christian citizens,” its sponsors affirmed, “we must seek to translate our beliefs into practical realities and to create a public opinion which will insure that nthe United States shall play its full and essential part in the creation of a moral way of international living.”...

The meeting showed its temper early by passing a set of 13 “requisite principles for peace” submitted by Chairman John Foster Dulles and his inter-church Commission to Study the Basis of a Just and Durable Peace. [Excerpted from my book the deliberate dumbing down of america, p. 32, emphasis added]


Comment from Charlotte:  I worked for Secretary Dulles, U.S. Department of State, in 1957. 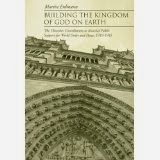 For more information on the role of the churches' in Dulles' plan for a "Just and Durable Peace" read Dr. Martin Erdmann's groundbreaking book Building the Kingdom of God on Earth: The Churches' Contribution to Marshall Public Support for World Order and Peace, 1919-1945.
Posted by Charlotte Iserbyt at 7:00 AM