Who's Who Behind School "Choice"


Below are some selected excerpts from an article titled "The Right-Wing Machine Behind ‘School Choice’." This 2012 article was authored by the excellent researcher Rachel Tabachnick who keeps close tabs on the Dominionists who run amok in the Christian Right.

Tabachnick's descriptive historical information is quite important for understanding the history of so-called "choice" as orchestrated by the Christian and Conservative Right in America:

In June 1995, the economist Milton Friedman wrote an article for the Washington Post promoting the use of public education funds for private schools as a way to transfer the nation’s public school systems to the private sector. “Vouchers,” he wrote, “are not an end in themselves; they are a means to make a transition from a government to a market system.” The article was republished by “free market” think tanks, including the Cato Institute and the Hoover Institution, with the title “Public Schools: Make Them Private.”


She correctly identified "a network of right-wing think tanks," especially the DeVos family (of Amway fame), who have financed this transference of public education funds into the coffers of "choice" operators. She wrote:

This concentrated wealth is reaching into America's classrooms state by state, promoting the transfer of public funds to private education through vouchers that allow parents to pay for tuition at private schools with public money. Promoting “school choice” through privately run charter schools doesn’t go far enough for these billionaires....

These programs drain tax dollars from public into private schools.... This effort is cloaked in the language of school “reform” and marketed with the claim that these programs will improve the quality of education for minority students in underserved urban schools. Despite an effort to promote private school choice as a nonpartisan, grassroots effort, the engine behind the national effort and its local offshoots has been, and continues to be, a surprisingly small group of wealthy conservatives.

This whole system of "choice" is Skinnerian with rewards for compliance and penalties for not going along with the scheme. As Tabachnick correctly observes,

The wealthy benefactors use a system of “rewards and consequences” across the states. It includes funding the campaigns of pro-voucher candidates and funding attack ads against anti-voucher candidates. Legislators who oppose funding private schools with public funds are accused of selling out to teachers’ unions–the primary “villains” behind underperforming schools in the pro-voucher narrative.... [emphasis added]

But the private school choice juggernaut will roll on and the claims of privatization as the magic bullet will continue, no matter how baseless these claims may be. The multi-billion dollar budget for the nation's schools is a rich prize for those who would profit from the privatization of public schools, and they are joined by equally determined anti-public education ideologues. 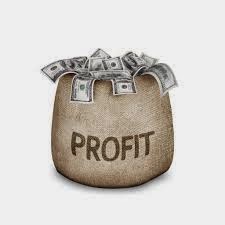 Posted by Charlotte Iserbyt at 1:21 PM