Boot in the Face? 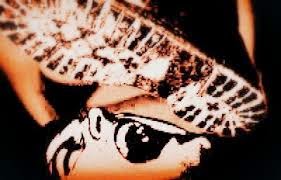 If you want a vision of the future,
imagine a boot stamping on a human face
- forever.
George Orwell

Yet another politically correct horror story from the UK. Here is a brief excerpt from the above titled article (Source):


Richard Page, a 68-year-old British Justice of the Peace and evangelical Christian, has been condemned by the country’s highest legal authorities, suspended, and subjected to a day-long re-education session to rid him of the dangerous belief that a child would be better off being adopted by a family with a mother and a father than by a same-sex couple....

But he doesn’t believe he is guilty of misconduct, or of putting his religious beliefs ahead of the evidence. “What I did was put the interest of the child first. I thought he’d be better off with a mother and father....”

As for Page’s retraining session, “it was quite interesting,” he said. “Rather like what you used to hear about Communist countries, all about equity and diversity.” [emphasis added]

All citizens on this planet should wake up!  This shocking news will be seized and used by those of us who hold to the tenets of the Christian faith.

However, wait a minute!

If a judge can be suspended and re-educated for his thinking on this issue, what is to keep these globalist totalitarians from extending their influence, in many cases "unelected" (regional government/Communist) influence, from going after everyone on this planet for whatever beliefs they  may have regarding "whatever"???

Orwell's boot in the face?

Posted by Charlotte Iserbyt at 7:53 AM