The Media Silence is Deafening. . . 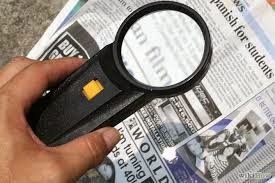 Here is a list of current issues that has been cut from today's Washington Post. Do you see anything in the above list (representative of every day's coverage by major media)  that is more important than the REAUTHORIZATION OF THE ELEMENTARY AND SECONDARY EDUCATION ACT which will strip Americans of ALL freedoms, including the right to vote?

Have you read anything in the major media about the Congressional hearings to approve the Reauthorization of the ESEA?

Of course not. The importance of the major media is not WHAT It covers. It is what it does NOT cover!

Do you see how Americans are being diverted from focusing on the most important issue facing our nation? The real issue is right in front of our eyes!

If the Reauthorization of the ESEA is approved, none of the above issues will be of any importance.

Because the Communist agenda being carried out in the Reauthorized ESEA bill, includes moving the revenues from your present property tax from the local level to the state level, thereby stripping you of your right to vote at the local level on education.

What I have just said boils down to: If ESEA is reauthorized, you have lost not only control of your wallet, but the right to vote on the education budget at the local level.

This blog does NOT deal with conjecture. It contains documented history: research/facts behind what is going on TODAY in our nation.

There was a time, before the Internet, when Americans did NOT have access to the information now available.

Take advantage of your new-found "right" to be informed. 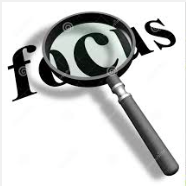 CONTACT YOUR CONGRESSIONAL/SENATE ELECTED OFFICIALS AND DEMAND THAT ANITA HOGE BE INCLUDED IN LIST OF PERSONS TESTIFYING REGARDING THE REAUTHORIZATION OF THE ESEA.

Posted by Charlotte Iserbyt at 8:36 AM