Your Freedoms are Set to Expire Soon

Communism is alive and well in education restructuring in America. The Reauthorization of the Elementary and Secondary Education Act (ESEA), due for Congressional Hearings in March 2015, is the last nail in America's coffin. This bill, the ESEA Re-authorization, will affect YOU -- Every American taxpayer! Every American who owns private property!

The ESEA is proof positive that COMMUNISM IS NOT DEAD! As Mark Twain once said, "The reports of my death are greatly exaggerated." Similarly, any time you hear reports that Communism is dead, don't believe them!

ACTIVIST ALERT: Contact your U.S. Congressmen and Senators and ask them to arrange for Anita Hoge, representative of the average American and spokesperson for grassroots parents, to be included in whatever testimony is given before their respective education committees related to the Reauthorization of this dangerous legislation, ESEA.

Here is current information about the Re-authorization of the ESEA:


Republican Sen. Lamar Alexander has made rewriting the law one of his priorities; he has scheduled a hearing on the testing mandate for later this month — on the same day President Barack Obama delivers his State of the Union. The House is also likely to move quickly. Rep. John Kline, chairman of the House Education and the Workforce Committee, said Thursday that he plans to have a bill on the House floor “before the end of March. (Source)


According to Anita Hoge, this bill is inclusive and contains most of the agenda which was in both older bills, HR 5 and SB 1094. This ESEA bill includes Title I money that will follow the child; expansion of charter schools, federal "choice" for public and private schools, Response to Intervention, Positive Behavior Intervention and supports, specialized student support, are all of the mental health agenda. It continues the data collection through IES ( Institute of Education Sciences) which is really the National Center for Education Statistics longitudinal data collection, plus puts FERPA into federal law. (Read more: Lamar Alexander's Re-authorization of ESEA and
ESEA & Your Property Taxes.)

A few days earlier, I published another alert by Anita Hoge, this one ominously titled "OBAMA TARGETS BABIES! Assessing the babies is Obama's agenda." This alert explains why "FAMILY" has had to be re-defined in ESEA. Infants and toddlers are going to be screened, assessed and databanked according to extraordinarily intrusive behavioral criteria. The teacher (caregiver) will be doing anecdotal screening and assessment in this "functional behavioral assessment," and collecting data on each baby. Things like tantrums, doesn't put their toys away, separation anxiety, crying, not wanting to take a nap, not playing with other children, not sharing, hitting another child... all these are considered to be mental health disorders. This is the birth to kindergarten mental health interventions for our babies. This is research for the early learning and the $1 billion that Obama is funding for daycare and preschool. This horrible fact is the demoralizing effects of 54 years of "deliberate" Marxist brainwashing in public education.

What IS dead is Americans' ability to recognize Communism when it is staring them in the face, especially when they see what's in his Re-authorization of the ESEA bill.

Watch Yuri Bezmenov's interview HERE. Yuri Bezmenov, if alive, would seize on Anita Hoge's story as a case study in how Americans allowed Marxist thinking to permeate the education system to the extent that Americans are not rising up in the hundreds of thousands in opposition to the imposition of that totalitarian system which Anita is trying to expose: the lifelong womb-to-womb education, using computers and the incredible power of technology, embedded with the sick soul-destroying philosophy of B.F. Skinner.

Americans are allowing this to happen through imposition of an unelected system of government being introduced through tax-funded school "choice" and charter schools with unelected boards, which will kill ALL education: public, private, religious, home school, and place these entities under Corporate/Fascist/Communist control, even imposing the Soviet workforce training component on Americans Kindergarten to Age 80 (National Alliance of Business recommendation).


"A person who is demoralized is unable to assess through information. Most of it has been done by Americans to Americans due to a lack of moral standards. A fact means nothing to him. Even if I shower him with authentic proof, pictures, even if I take him by force to the Soviet Union and show him concentration camps, he will refuse to believe it. Until he arrives quickly at the bottom. When the enemy boot crashes him. Then he will understand. But not before that. That is the tragedy with the situation of demoralization. The demoralization process in the United States is completed already. For last 25 years. Demoralization has reached such a level that not even Andropov (former head of KGB) and all his experts would have dreamed of such success." [See, for example, HERE]


We researchers/writers, who were active in the 1970s-1980s, remember Yuri Bezmenov, when he was known as Tomas Shuman. I believe he "disappeared" while en route to make a speech to a conservative group sometime in the 1980s. Click on following link for his brave and wonderful book Love Letter to America 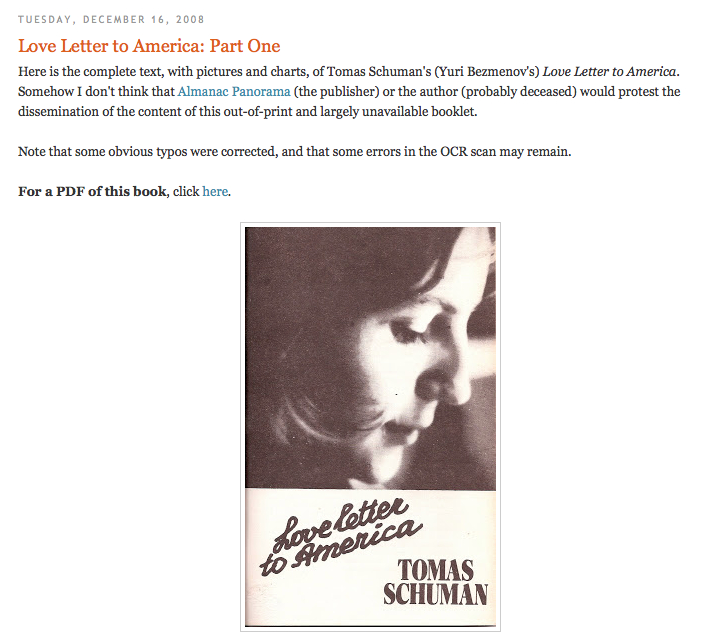 Here is a study in Communism: The Communist Manifesto by Karl Marx and Friedrich Engels.

Read the following descriptions of "Proletarians and Communists" at: http://en.wikipedia.org/wiki/The_Communist_Manifesto 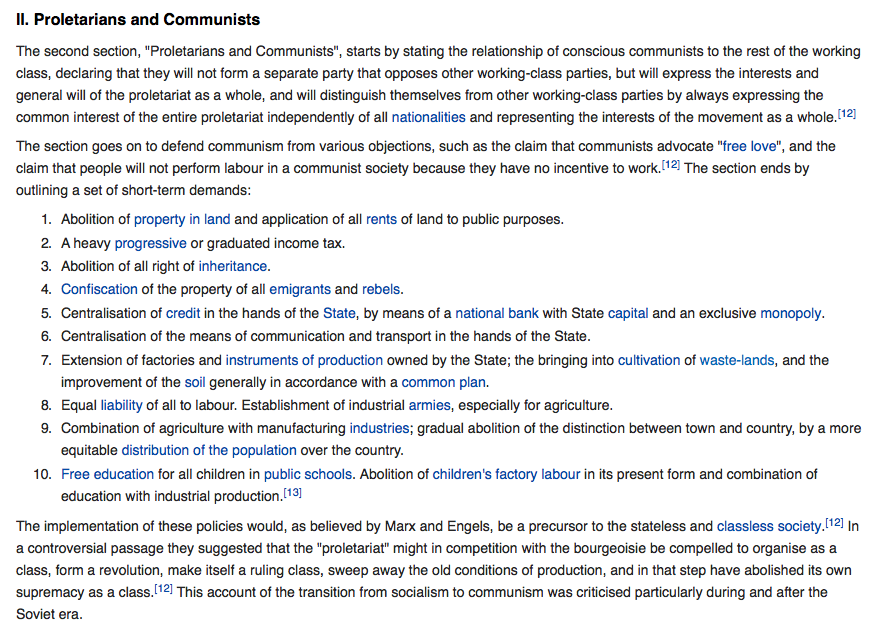 The Smoking Gun!
Proof that Communism is alive and well! Proof that the entire education restructuring was Communist from the very beginning -- and that it intended to change our American form of government. Go to American Deception.com and type "Conclusions" into the search engine in order to read Carnegie Corporation's 1934 Conclusions and Recommendations for the Social Studies, which called for using the schools to change America from a capitalist economic system to a "planned economy" and also recommends, in some instances, the taking of our private property. 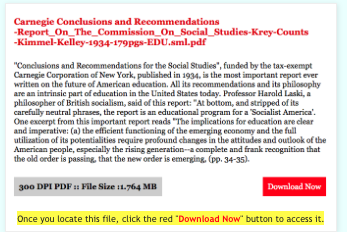 CONCLUSIONS AND RECOMMENDATIONS FOR THE SOCIAL STUDIES (Chas. Scribner's Sons: New York), compiled by the American Historical Association, was published in 1934. This book was the result of a project funded to the tune of $340,000 by the Carnegie Corporation of New York called “Investigation of the Social Studies in the Schools.” Professor Harold Laski, a philosopher of British socialism, said of this report: “At bottom, and stripped of its carefully neutral phrases, the report is an educational program for a Socialist America.” The Conclusions stated:


[Preface] The Commission could not limit itself to a survey of textbooks, curricula, methods of instruction, and schemes of examination, but was impelled to consider the condition and prospects of the American people as a part of Western Civilization merging into a world order. (p. 1)

Of utmost importance is the following admission of the planners’ goals to change our free enterprise/ representative Republic:


The Commission was also driven to this broader conception of its task by the obvious fact that American civilization, in common with Western civilization, is passing through one of the great critical ages of history, is modifying its traditional faith in economic individualism, and is embarking upon vast experiments in social planning and control which call for large-scale cooperation on the part of the people.... (pp. 1–2)

The implications for education are clear and imperative: (a) the efficient functioning of the emerging economy and the full utilization of its potentialities require profound changes in the attitudes and outlook of the American people, especially the rising generation—a complete and frank recognition that the old order is passing, that the new order is emerging.... (pp. 34–35)

Organized public education in the United States... is now compelled... to fulfill its social obligations, to adjust its objectives, its curriculum, its methods of instruction, and its administrative procedures to the requirements of the emerging integrated order. If the school is to justify its maintenance and assume its responsibilities, it must recognize the new order and proceed to equip the rising generation to cooperate effectively in the increasingly interdependent society and to live rationally and well within its limitations and possibilities.... (p. 35) 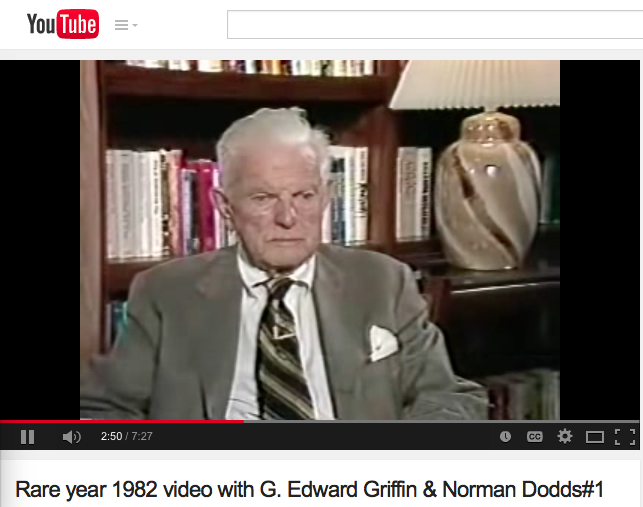 Want to learn more? Click on the rare year 1982 video with G. Edward Griffin & Norman Dodd (click HERE), which is described as:


Edward Griffin interviews 83 year old Norman Dodd in the year 1982 in a rare interview that exposes the New World Orders infiltration by large corporations that are merging the USA into a world government(New World Order). He explains the infiltration of banking and the infiltration of the public education system. Dodd served as an investigator for Congressman Reece's Special Committee on Tax Exempt Foundations (commonly referred to as the Reece Committee).


To learn the historical facts, go to American Deception.com and type in "Reece" in the search box to download the 3000 page transcript of 1953 Congressional Hearings to Investigate Tax-Exempt Foundations. 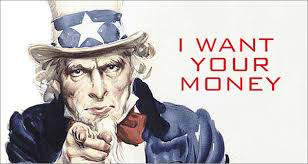