Coming Home to Roost...
Just in time for the Re-authorization of the ESEA.... 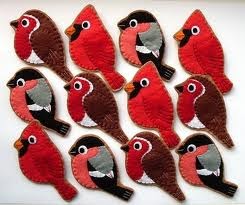 To view the Friedman video, click HERE. For the reference to Wagner, start at 2.59 minutes.

The groundwork for this Soviet Polytechnical education model was laid thirty years ago. In 1985, the door was opened by the U.S.-Soviet Education Agreement signed by Presidents Reagan and USSR President Gorbachev, and the Carnegie-Soviet Academy of Science Agreement to Develop Computer Courseware in Critical Thinking for Early Elementary School Children.

A year later in 1986 the National Academy of Education at the Harvard Graduate School of Education in Cambridge, Massachussetts, sent out an informational letter, “ACLS [American Council of Learned Societies]-USSR Ministry of Education Commission on Education,” describing joint U.S.-Soviet education activities.

Details of this extraordinary agenda for cooperation with “The Evil Empire” include subjects that sound very familiar these days:


Scholars from the American Council of Learned Societies and the Ministry of Education of the Soviet Union met in the United States in 1986 and agreed to establish a Commission on Education that will be responsible for joint scholarly relations in pedagogy and related fields between the United States and the Soviet Union. Some major joint U.S.- Soviet project themes are:

Posted by Charlotte Iserbyt at 6:00 PM