Update on Reauthorization of the ESEA 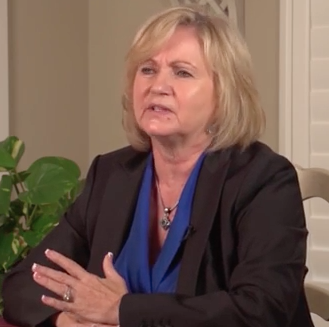 To listen to the audio broadcast of the radio show click on http://caravantomidnight.com/show-archives/C2M-214-A-Hoge-1-21-15.mp3
(The interview with Anita starts shortly after the 28:00 minute mark.)

Activists, please, please forward this link to all your lists, and especially get your elected officials in Washington to listen so that they will put pressure on House and Senate Education Committees to include Anita Hoge in testimony related to the re authorization of the ESEA, scheduled to come before Congress in March! This bill, the ESEA Re-authorization, will affect YOU -- Every American taxpayer! Every American who owns private property!

At present ONLY those representing groups favoring reauthorization of this very dangerous bill (which will KILL all freedom in our nation womb-to-tomb) are scheduled to speak. Anita would represent American parents and the average clear thinking, hard-working Americans who does not want their children, grandchildren to live in a Communist society, carefully planned. This fact is well documented on my blog. Reauthorization of ESEA will result in just that.

Although helpful, it is NOT enough to just forward this email or, when you read this on Facebook or other social media, to click "like" and to think that you have done your duty.  That is important, but at this time in our nation's history, we all MUST become real activists, and get out of our houses and into "their" faces.

Everything necessary for activism is posted on my blog. Read the following important posts and follow the links to related articles:
Click on link to Anita's article The Greatest Christmas Present to America 2014. In this post Anita gives citizens in each state information on how to go up against the federal data collection which is collecting and remediatiing unacceptable values for  a collectivist society. This is not related only to your children, but, ultimately, to all of us, lifelong, IN EACH STATE.

Anita has made your activism very easy. Stay on top of issues by going to my blog and reading.

CONTACT YOUR STATE LEGISLATORS AND ASK THEM TO TAKE ACTION AND TO GET BACK TO YOU IMMEDIATELY.

AND THEN ASK YOUR CONGRESSIONAL REPRESENTATIVES AND SENATORS TO INVITE ANITA HOGE TO TESTIFY AT HEARINGS RELATED TO REAUTHORIZATION OF ESEA.
Posted by Charlotte Iserbyt at 7:20 AM