All That Glitters Anti-Common Core. . . 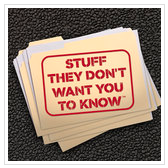 While You Were Sleeping, Part 3
An expose' by The People, LLC

This past session, Act 837 passed unanimously through the [Louisiana] House and the Senate and was signed into law by the governor to provide fines and penalties for 4th amendment privacy violations related to public school student data.

Since becoming law, we have witnessed the Dept. of Ed., the Louisiana Office of Student Financial Services, the Board of Regents, the Governor’s own Division of Administration and our local School Boards and Superintendents either violating portions of the law that are currently in effect or laying-out their plans to subvert and then amend the law in order to make certain actions legal.

It has also come to our attention that many entities are taking full advantage of the June 1st effective date of certain portions of this law by collecting as much of our children’s data as they can until that date.  We thought you’d like to take a look at some of these.  As you do, keep in mind that, come June 1st, these agreements will be in violation of the law as it currently stands which is why so many forces are at work to change the law this session:
One particular agreement should be of interest to those in the fight against Common Core. This data sharing agreement is between the Louisiana Dept. of Ed. and a program within Sandra Stotsky’s Dept. of Education Reform at the University of Arkansas.  Keep in mind that Dr. Stotsky is Professor Emerita and holds the 21 Century Chair in Teacher Quality within that Dept.:

The program involved in this data sharing agreement is the School Choice Demonstration Project and LDOE has agreed to provide them with: 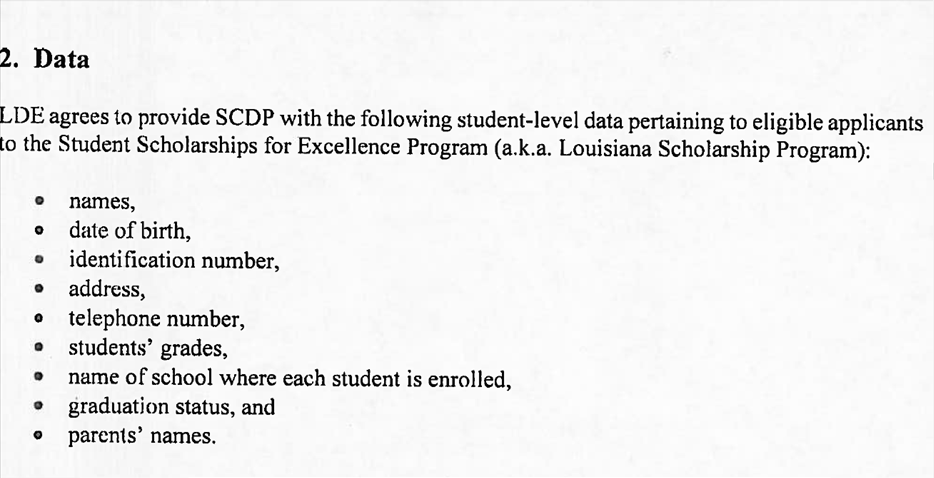 Our LDOE has been sharing this Personally Identifiable Student Data with the SCDP since 2010 and intends on continuing to do so through 2017:

Perhaps this is the reason that education reformers/school choice proponents only want us to focus on Common Core and have ignored LA’s Student Data Privacy Law even though it is the only law in the nation which actually upholds the 4th Amendment Rights of public school students.

A fight has been brewing out of your sights: The Continuing Fight To Protect The Personally Identifiable Information Of Our Most Vulnerable Citizens--CHILDREN.

They Who Control The Data also Control What Children Learn and How They Are Tested.

The People, LLC believes this should be the PARENTS!

Re-posted with permission. For related blog posts, see:
Stotsky's Pedigreed Petticoat Showing
While We Were Sleeping, Parts 1 & 2 (combined)
Grassroots Activism on H.R. 5 - Student Success Act
HR-5 DENIES PARENTS THEIR RIGHT OVER THEIR OWN CHILDREN
Posted by Charlotte Iserbyt at 5:18 PM