Social Experimentation on the Poor 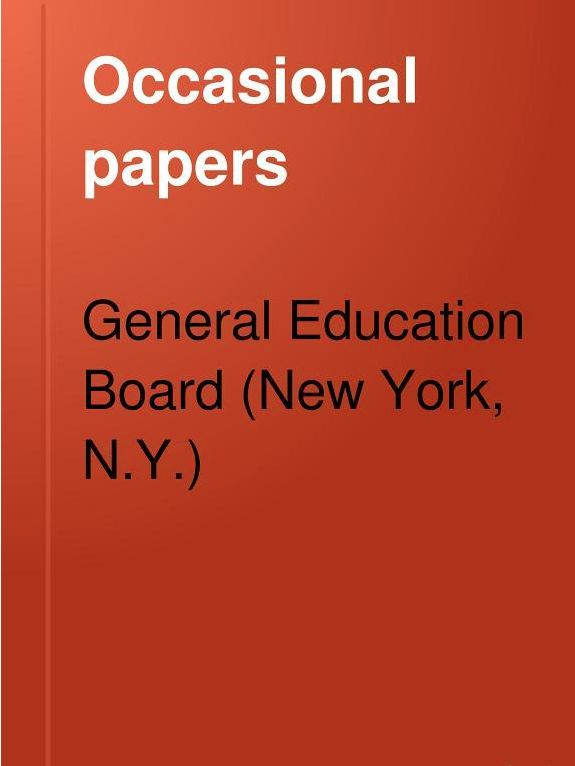 This blog has detailed Frederick T. Gates and his early 1913 advocacy of social experimentation on poor and rural people. One hundred years later we are still battling his terrible agenda. Some of his ideology is reflected in current legislation in Congress.

Gates was director of charity for John D. Rockefeller's Southern Education Board (SEB). Rockefeller was a business magnate and philanthropist and a co-founder of the Standard Oil Company. According to one bio,


Rockefeller revolutionized the petroleum industry, and along with other key contemporary industrialists such as Andrew Carnegie, defined the structure of modern philanthropy.....

As Rockefeller's wealth grew, so did his giving, primarily to educational and public health causes, but also for basic science and the arts. He was advised primarily by Frederick Taylor Gates....[emphasis added]


"[Rockefeller's] General Education Board made a dramatic impact by funding the recommendations of the Flexner Report of 1910. The study had been undertaken by the Carnegie Foundation for the Advancement of Teaching...."[emphasis added]

Rockefeller's [General Education] Board was created by John D. Rockefeller and Frederick T. Gates in 1902.


"Rockefeller gave it $180 million. Its head Frederick Gates envisioned "The Country School of To-Morrow," wherein "young and old will be taught in practicable ways how to make rural life beautiful, intelligent, fruitful, recreative, healthful, and joyous." By 1934 the Board was making grants of $5.5 million a year. It spent nearly all its money by 1950 and closed in 1964." (Source)[emphasis added]


Rockefeller and Carnegie were several of the first generation of philanthropists who realized that they could control the "evolution" of the social order by their financial giving. They furthered their agendas by feathering the nests of those who supported their causes. Inevitably their philanthropic causes also benefited their for-profit endeavors, often with devastating results.

See the book Thy Will Be Done: The Conquest of the Amazon: Nelson Rockefeller and Evangelism in the Age of Oil by Gerard Colby and Charlotte Dennett for disturbing, documented and detailed documentation on this very point.

The Frederick T. Gates' book has been controversial for over a century for its patronizing, condescending and racially bigoted tone. The book is  now downloadable online. 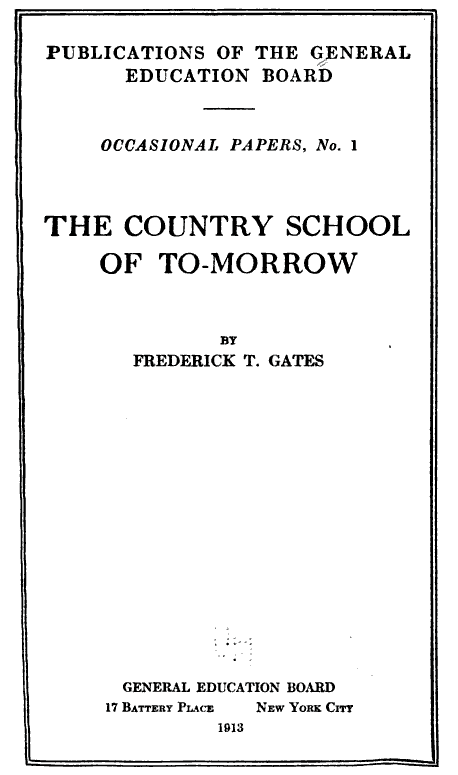 ~NOTE: There are a series of steps which you will have to experiment with your own computer and programs in order to follow. You will want to download the "Occasional Papers."

~This may require that you sign in with a Google e-mail account. For those of you who are computer-savvy, your diligence may result in a download of this book. We would detail the steps, but it might be different for each computer.

Below is a key quote from page 6 of Gates' book: 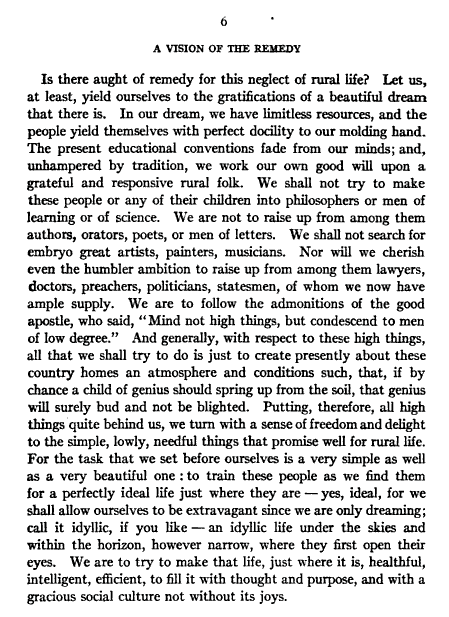 Read related posts for more information about Frederick T. Gates and what he did in his lifetime, and how his ideas STILL influence education reform: 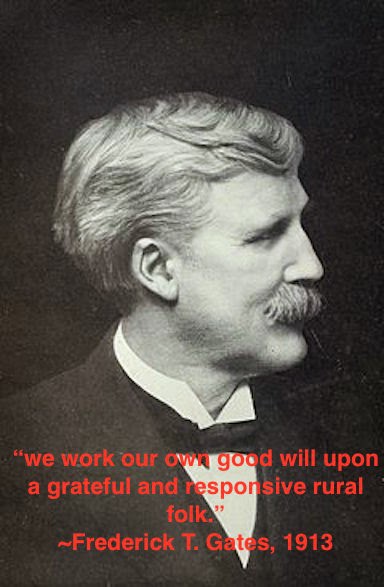 Preying on the Most Vulnerable
From GATES to GATESBill Gates Rules the World
Common Core Charter School Craziness!
The Deliberate Dumbing Down of the Village