No Way, ESEA!
Marc Tucker's Goodbye to Your Rights and Freedoms

The following information underscores the importance of this blog's call to defeat ALL ESEA Reauthorization legislation. In case you think that this debate is just simply about "education" or only concerning "Common Core," the following paper by Marc Tucker should dispel that myth. He has written an article, "Governing American EducationWhy This Dry Subject May Hold the Key to Advances in American Education."

Tucker is calling for a total restructuring of America's form of government. This is BIG PLAN for education reform -- coming from the Left and the Right. This PLAN will replace representative government with non-elected councils that are unaccountable to taxpayers, parents, voters and citizens. Previously we wrote about Reed Hastings of Netflix and his similar call for a total elimination of local school boards ("Charters Kill True Choice"). We also wrote about the New Orleans "governance" experiment ("The Deliberate Dumbing Down of the Village").

Marc Tucker (of Carnegie's National Center on Education and the Economy -- see below his vintage 1990s "Marc Tucker Dear Hillary Letter"?) has finally come out of his box... and expects Americans to go along with his unconstitutional recommendations which dovetail with the call for tax-funded school choice/charter school proposals found in all ESEA Reauthorization legislation this blog has been going up against for the past three months.

Here is a key excerpt from Marc Tucker's paper:


The paper proposes a major redesign of the education governance system in the United States. Just as former President George H. W. Bush convened a meeting of the governors to consider new goals for American education, President Barack Obama should convene a national meeting to consider how the nation’s governance system for education can be modernized to meet the challenges of the global economy. The main theme of this paper has to do with the finding that every nation that tops the list of global education performers has an agency of government at either the state or national level where the education buck stops—an agency that has the responsibility for the health of the education system and the authority and legitimacy needed to provide the effective leadership that results in a coherent, powerful education program. No such agency exists in the United States, where that authority and responsibility are dispersed among four levels of government, and, within the state level, among many different actors.

I propose to greatly strengthen the role of the state education agencies in education governance, at the expense of “local control,” and of the federal government. In this plan, school funding would be the responsibility of the state, not the locality, and the distribution of state funds for schools would have nothing to do with the distribution of local property wealth. Thus the governance roles of the local districts, as well as the federal government, would be significantly decreased. Independent citizen governing boards would be eliminated. The line of political accountability would run to mayors and governors through their appointees. At the state level, the governance of the schools, higher education, early child- hood education and youth services would all be closely coordinated through the governance system. Though the role of the federal government would be curtailed, there are some very important national functions that must be served in a modern education system. I propose that a new National Governing Council on Education be established, composed of representatives of the states and of the federal government, to create the appropriate bodies to oversee these functions. [all emphasis added]


Here is a must-read excerpt from Appendix XV of my book the deliberate dumbing down of america. This vintage 1996 article details Marc Tucker's earlier legislation-promoting activities that laid the groundwork for the current crisis. This is essential background for understanding Tucker's current recommendations.


There is no doubt that H.R. 1617 (known as the “Consolidated and Reformed Education, Employment, and Rehabilitation System’s Act” or “CAREERS Act”), which passed the House in September 1995 by a vote of 345 to 79, and S. 143 (the Workforce Development Act of 1995),which passed the Senate in October by 95 to 2, will do more to lead America into socialist-fascist totalitarianism than any other pieces of legislation before the present Republican-dominated Congress.

Both bills, when reconciled in conference committee, will enact into law Marc Tucker’s
infamous Human Resources Development System, outlined in Tucker’s exuberant letter of November 11, 1992 to Hillary Clinton, a member of the board of trustees of Tucker’s National Center on Education and the Economy. He wrote:

I still cannot believe you won. But utter delight that you did pervades all the circles in which I move. I met last Wednesday in David Rockefeller’s office with him, John  Sculley, Dave Barram and David Haselkorn. It was a great celebration. Both John and David R. were more expansive than I have ever seen them—literally radiating happiness….

The subject we were discussing was what you and Bill should do now about education, training, and labor market policy. Following that meeting, I chaired another in Washington on the same topic….

Our purpose in these meetings was to propose concrete actions that the Clinton administration could take—between now and the inauguration, in the first 100 days and beyond. The result, from where I sit, was really exciting. We took a very large leap forward in terms of how to advance the agenda on which you and we have all been working—a practical plan for putting all the major components of the system in place within four years, by the time Bill has to run again. 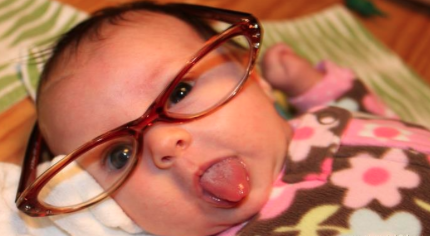 That Hillary Clinton had been working with Tucker and associates to develop this fascist education system is confirmed by the fact that Tucker paid Hillary $102,000 in 1991 for her work as a consultant to the NCEE. Obviously, the letter of November ‘92 was meant to help prepare the Clintons to get the Tucker plan passed into law and implemented by the fifty states. In it Tucker outlined his “vision” of a human resources development system:

What is essential is that we create a seamless web of opportunities to develop one’s skills that literally extends from cradle to grave and is the same system for everyone—young and old, poor and rich, worker and full-time student. It needs to be a system driven by client needs (not agency regulations or the needs of the organizations providing the services), guided by clear standards that define the stages of the system for the people who progress through it, and regulated on the basis of outcomes that providers produce for their clients, not inputs into the system.

One should be aware that Tucker’s plan to restructure American education goes back to his 1986 report on teaching, A Nation Prepared: Teachers for the 21st Century, produced when he was executive director of the Carnegie Forum on Education and the Economy. In 1987, New York Gov. Cuomo and the leaders of Rochester, N.Y., invited Tucker to set up his National Center on Education and the Economy (NCEE) in that city. The idea was that the Center, with the help of an initial subsidy of $1 million from Gov. Cuomo, would help Rochester implement Tucker’s basic restructuring ideas in that city’s school system.

GOALS 2000
In 1989 the NCEE issued its first report, To Secure Our Future: The Federal Role in Education, which became the basis for Goals 2000. The report basically framed the issues and shaped the agreements that were made at President Bush’s famous Education Summit at the University of Virginia, Charlottesville, in the fall of 1989. After the summit, in which Gov. Clinton of Arkansas was an active participant, the National Governors’ Association asked the NCEE to assist in the development of national goals for education. These goals were subsequently promoted by President Bush in his 1990 State of the Union address. Apparently, a Republican president was willing to accept the education reform plan of the ultra-liberal NCEE rather than call upon a conservative think tank to come up with a conservative reform plan.

In 1989, Tucker’s group created the Commission on the Skills of the American Workforce which compiled a report entitled America’s Choice: High Skills or Low Wages! The report, issued in June 1990, is the basic blueprint for Tucker’s Human Resources Development System which moves American education from its traditional emphasis on academics and knowledge to a Soviet-style workforce training and certification program.

Both H.R. 1617 and S. 143 represent the culmination of Tucker’s efforts to get Congress to impose his system on America. That Republicans should be in the forefront of promoting these bills makes one wonder if the Republican Party is becoming the new fascist party of America. In the Tucker system, the government will plan your life for you, track you from birth to death on its mammoth data-gathering computer, and regulate employment and eventually the entire economy. 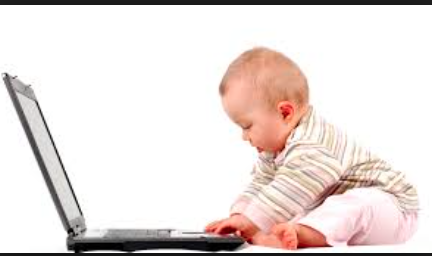 Finally, note Tucker's clever -- and deceptive -- disclaimer in his paper:  "Finally, the views and opinions expressed in this paper are mine [Tucker] and do not necessarily reflect the position of the Center for American Progress and the Thomas B. Fordham Institute. The Thomas B. Fordham Institute is headed up by major change agent Chester Finn who supports Republican  Rep.  John Kline's HR 5, which was temporarily derailed,  and Senator Lamar Alexander's pending companion legislation to reauthorize the Elementary and Secondary Education Act (aka No Child Left Behind).

WHAT YOU CAN DO:
Call your Representatives and Senators and say: NO WAY ESEA! Here is a list of supporters of HR 5: http://edworkforce.house.gov/news/documentsingle.aspx?DocumentID=398496

Get informed! View the Exposing the Global Road to Ruin Through Education conference talks, now posted online for free, or available at Amazon.com for purchase. Perhaps the finally time has come when people will be willing to spend 20 minutes getting the complete picture related to the deliberate dumbing down of the USA. The trailer HERE is exactly what is needed at this moment... especially now that Marc Tucker has spilled the beans and come out of the closet regarding getting rid of locally elected school boards, a sinister agenda which we warned about! This trailer could be very helpful in stopping the Reauthorization of ESEA bills. 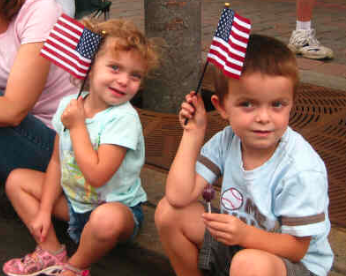 Read more:
For further background information on Chester Finn and his disinformation, read "HAS CHECKER FINN CHANGED HIS TUNE?" and  "The REAL Agenda Behind Abolishing the U.S. Dept. of Education."
For additional research on Marc Tucker and his agenda, read the following posts:
Marc Tucker's Turkeys Have Come Home to Roost!
MARC TUCKER: CAPTAIN OF ACADEMIC TITANIC
Read about the Reauthorization of ESEA bills in Congress. The latest alert is "Wrong, Wrong, Wrong on H.R. 5."
For a complete listing of Anita Hoge's alerts on this blog, see the post "It Wasn't US!" and scroll to the bottom.