Researcher/author Stephanie Block has come up with a "blockbuster" article (pun intended) about Anita Hoge's research and warnings. In her article published on Spero News on March 6, 2015, titled "Unbridled federal data collection of students," she wrote that

For about 20 years, this education/workforce development system was introduced in piecemeal and largely experimental programs, operating in circumscribed areas (predominantly poor neighborhoods), discussed in academic papers, and supported by various legislative actions.

The last eight years, however, have seen rapid and broad implementation. “Common Core,” a set of national objectives driven by the government’s SCANS report, “is an individual mandate to individual students to meet federal outcomes.” It’s a shift in power. Teachers, schools, and local school boards once had control over their own standards; Common Core standards are determined at the federal level.

To meet “common” national standards, identical data elements have to be used by all participants. How else can it be determined that any given student has met the standards?

Hoge discovered that students have unique and individual IDs. She discovered that Obama’s Executive Order (EO 12866) "unlocked" the Family Education Rights in Privacy Act, FERPA, and now allows personally identifiable information to be collected, dispersed for research, and given to third party contractors, without parental consent.

Hoge has also discovered that the federal government has awarded money (grants) to every state for the creation of a longitudinal data system. The term “longitudinal” in this context refers to tracking information on all students, following (and measuring) them throughout their educational and working life.  This information includes names, addresses, social security numbers, biometrics (e.g., fingerprints, retina scan, handwriting), and psychometrics. [emphasis added]


Keep reading the article HERE. It is a MUST READ!

Stephanie Block is the author of the four-volume Change Agents: Alinskyian Organizing Among Religious Bodies, available at Amazon.com. 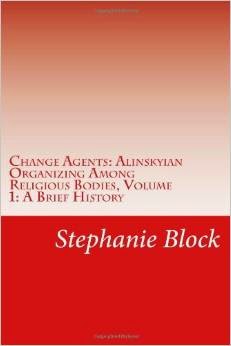 Posted by Charlotte Iserbyt at 1:40 PM