Time To Take A Stand

A 3D Research Report by A. Patrick Huff, Ph.D.*

Read: "Debate over test security vs. student privacy rages in the age of social media," by Emma Brown, The Washington Post,  March 23, 2015:


A New Jersey student’s tweet about a question on new Common Core tests was deleted after it was flagged by a testing company, spurring a national debate about how to balance children’s privacy with test security in the age of social media.

Many parents and Common Core critics accused Pearson, the publisher of the new exams, of spying on the nation’s children. But for Pearson and other major test publishers — including ACT and SAT, which administer college entrance exams — watching public conversations on the Web has become a fundamental part of combating cheating and ensuring fairness.

“Sharing images of test questions on social media is the 2015 equivalent of a student copying test items and handing them out,” said David Connerty-Marin, spokesman for PARCC, whose new Common Core tests are being administered for the first time this year in the District, Maryland and 10 other states. “Protecting students and teachers from breaches — which are a violation of testing policies — is the right thing to do.”

If one were to look up the definition of conscientious objector in the dictionary, the definition would be confined to serving in the military. Being a conscientious objector is not something one hears about anymore since our country stopped drafting young men in 1973 (women have never been conscripted). For those too young to be familiar with the cause, it involved refusing conscription in the military based on moral, philosophical, or religious objection to killing another human being. At the time of my coming of age the Vietnam War was raging full blast. Conscientious objectors were seen as either draft dodgers or righteous defenders of personal sovereignty, depending on your worldview. If someone is seasoned enough, they can remember when Mohammed Ali (then Cassius Clay) refused to step forward for military duty in 1967. It cost him dearly as he was stripped of his heavyweight title and was not allowed to box again until 1971 when the Supreme Court overturned the judgment. Ali’s defiant action made him an icon of his day; vilified by some, hailed as a hero by others.

To stand up for what someone believes in has always been something revered in our nation. We should support the principle one believes in simply on the grounds of the First Amendment of our U.S. Constitution.

Congress shall make no law respecting an establishment of religion, or  prohibiting the free exercise thereof; or abridging the freedom of speech, or of the press; or the right of the people peaceably to assemble, and to petition the government for a redress of grievances. 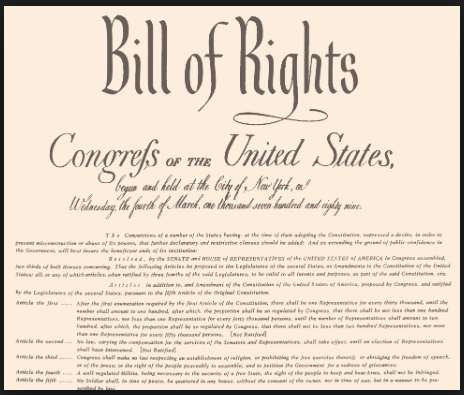 To petition the government for a redress of grievances simply states that an objection or wrongdoing needs an audience so that the grievance can be addressed. This last sentence in the first amendment to the U.S. Constitution is not heard much about. Mostly we tend to center on the right to have free speech and freedom of religion.  It also states, however, that an individual has the right to be heard if they feel they have been wronged.
Students all over the country are standing up and exercising their First Amendment right to be heard in their objection to taking the standardized test that is administered every year at this time. In most states that means the Common Core Test. The latest incident that took place in New Jersey, where it was discovered that the mega testing company Pearson was eavesdropping on students social media sites looking for cheating incidents, has raised a firestorm with parents.

This is just the latest in a long line of grievances parents and students have had with their right to a free and appropriate public education. Public school education has now become synonymous with standardized testing. It is practically the only thing that matters now within the walls of the schoolhouse. Testing administrators under fire to defend the invasion of privacy perpetrated by Pearson, are looking for ways to justify this intrusion by saying Pearson is only trying to keep the test secure.

As a former high school principal that was engulfed in the testing environment, I can tell you that in 99% of schools across the country test security is taken very seriously, and checks and balances are in place to ensure a violation of security does not occur. A breach of security at the school level creates a paper trail of answering to state officials that no principal wants to encounter. An outside company offering their services by monitoring social media sites looking for security issues is laughable, if it wasn’t so insidious. This latest action by Pearson is simply just another indication of how ridiculous the testing matrix has become.

Once again, the U.S. Constitution has been violated in the name of test security.  The Fourth Amendment reads:

The right of the people to be secure in their persons, houses, papers, and effects, against unreasonable searches and seizures, shall not be violated, and no Warrants shall issue, but upon probable cause, supported by Oath or affirmation, and particularly describing the place to be searched, and the persons or things to be seized. 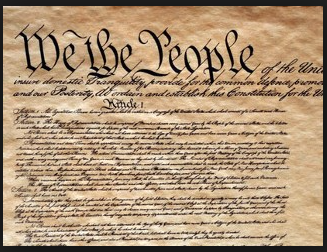 The Fourth Amendment guarantees the First Amendment. If people are to fear how they communicate through their writings, in whatever form of written transaction they choose, then most assuredly they will begin to monitor their opinions, beliefs and feelings they express through their speech and writings regarding various issues of importance.

Many have had enough and are now taking a stand. Students, along with many parents, are exercising their duty to conscientiously object to taking the yearly test. What are school officials to do about this new conscientious objector? Many will seek punishment.  Graduation denial will also be used to threaten students to not even think about opting out of the yearly test.

If large numbers of students decided to opt out of the test in a state that requires passing the test for graduation, the state school officials will have a real problem on their hands. If a school experienced a mass protest of the test, it most assuredly would loose its accountability rating. Federal Adequate Yearly Progress (AYP) requirements call for a high school to have 75% of students make graduation within the four-year time frame in order to “meet standards.” AYP standards also dictate that 95% of all students in the school must take the test each year. Not to meet standards is something that every school principal dreads. The entire focus of the school is to meet standards of AYP.

If the truth were known, however, every school superintendent, principal, and certainly all the teachers, would love to get out from under this horribly oppressive system of education. They have no idea how to accomplish this, though, because the laws have all been written to ensure everyone stays put in their proper place. Every facet of school business is focused on achieving AYP. Campus plans are written every year that tie academic goals and objectives to meeting standards of AYP. If goals are not achieved, plans have to be written to detail how failure to reach the goals will be rectified. Jobs are on the line. Failure comes with a high cost. What a stifling system education has become. Why would anyone want to be a teacher, and God forbid anyone would aspire to become a principal! What is to become of dynamic, inspirational leadership for the future of our schools if all it is about is achieving an accountability rating?

Superintendents need to be on the right side of this issue. There may not have been any conscientious objectors in your school district yet, but there will be. Will you be on the side of the student and support his/her right to object to this tyranny of the mind that exists today in our schools? Or will you side with the state and seek ways to penalize and punish just to keep your accountability rating? 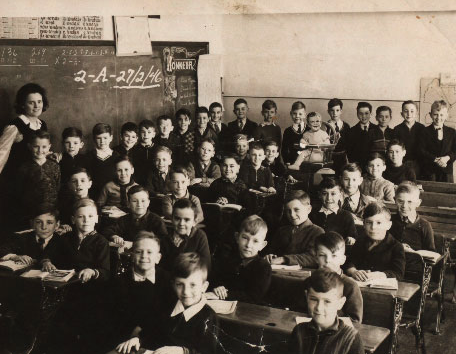 I know that’s harsh, but superintendents need to think about this issue before it ends up on their desk. Take stock in your gut and make the right call. Your school board may not support you, but your principals, teachers and parents will applaud your stand and back you when the heavy hand of the state comes down. When the authorities see the support coming from the parents and educational community they will then need to rethink their position.

This is what it means to be an American. Protest is woven throughout out history. Does all of that go away at the schoolhouse door?

The most powerful voice at any learning institution, be it high school or college, is the student. To all superintendents and principals, I say let the voice of the student be heard. Support their protest. Support their opting out of taking the test. It just may be your only path to freedom and regaining any sense of sovereignty over your school and restoring the honorable profession of teaching to its rightful place. Yearly standardized testing linked to the Accountability System, teacher evaluations, and student graduation, whether it is Common Core, or any other name the powers that be in education want to call it, must end.

Politicians will not listen. The money behind the testing industry is too big. School choice, charter schools and vouchers are not the answer. The answer lies in restoring the public school to the beacon of learning it used to be. School districts should be allowed to choose their own curriculum; one that is right and appropriate for their own schools.  Schools should return to using only those standardized tests that are for diagnostic or aptitude purposes. The teacher should be returned to the rightful position as the purveyor of knowledge and information to their students, not a lesson found in a laptop or tablet.

It appears that the only answer left is the conscientious objector. If enough students take a stand and opt out, it will cause a roar so loud that it cannot be denied. A decision of this magnitude cannot be entered into lightly. This is an individual choice, and one that may come with a cost. Students need to discuss with their parents if this is the right course of action for them. There is strength in numbers, however; especially when the cause is just.


We have a new type of patriot today; a young conscientious objector that is using dissent as a tool to express his/her rights as an American. Let’s all take a stand and support them.  They just may pave the way for a brighter day inside the schoolhouse.

*Dr. Pat Huff is a 3D research team contributor and author of the new book The Takeover of Public Education in America: The agenda to control information and knowledge through the Accountability System http://www.aphuff.com
Posted by Charlotte Iserbyt at 8:34 PM