It is all about JEB

Pro-Common Core Propaganda
in the Political Cornfields of Iowa 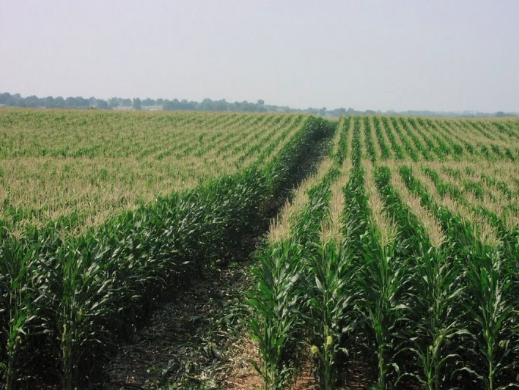 From the email on Thursday March 5, 2015, POLITICO's Morning Education, is the article "Common Core hits the airwaves" detailing the Pro-Common Core ad campaign in the state of Iowa. Iowa is ground zero for much of the campaigning before the presidential caucuses in 2016. Therefore it is a fairly typical event for Iowans to experience special interest groups pushing agendas on the airwaves. Many of these special interest groups are thinly disguised as front operations for the various candidates.

Therefore it is not a surprise, with Jeb Bush entering the race, that the Pro-Common Core advocates would gear up and begin massively assaulting Iowans with propaganda ('er, advertising) for their issue.

The two Bills -- Bill Bennett and Bill Gates -- have joined forces to aid Jeb Bush in his campaign preliminaries. Here is the POLITICO report: 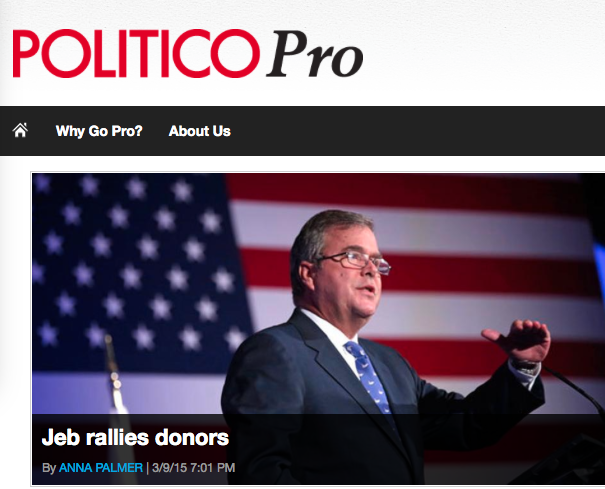 COMMON CORE HITS AIRWAVES: They've racked up a string of solid victories, beating back repeal bills [http://politico.pro/1Gt3vCW] in four states in recent weeks - and now Common Core backers are turning their attention to the GOP presidential sweepstakes. With a slew of likely candidates descending on the Hawkeye State [Iowa] this weekend for an agricultural summit [http://politico.pro/1wXzN3o] staged by agribusiness mogul Bruce Rastetter, the Collaborative for Student Success is seeking to persuade likely caucus-goers that real conservatives can love the Common Core. Bill Bennett, education secretary under President Ronald Reagan, says as much in a 60-second radio spot [http://bit.ly/1BT4KNC] that will get heavy play across the state this week. "These sound academic standards are worth fighting for," Bennett says. A voice over urges: "Learn why so many conservatives are taking another look at Common Core." Digital ads will also appear this week, and a full-page ad in the Des Moines Register [http://bit.ly/1M8tCCw] on Friday will urge voters to ask potential candidates if they back high standards. The Collaborative, which has received funding from the Bill & Melinda Gates Foundation, is mulling media buys in other '16 hot spots, including New Hampshire and South Carolina.


Note that Mr. Virtue himself, Bill Bennett, is doing radio spots. People have a short memory and may not recall that Bennett, while at the height of his K12 cybercharter business, was caught in a major Las Vegas gambling scandal. So much for the author of The Book of Virtues. 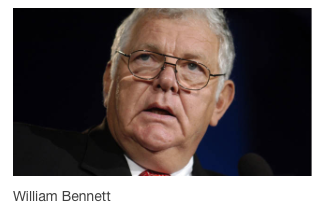 Bill Bennett's Bad Bet The bookmaker of virtues. Slipping into the vice slot By Michael Kinsley May 4, 2003
Sinners have long cherished the fantasy that William Bennett, the virtue magnate, might be among our number. The news over the weekend — that Bennett's $50,000 sermons and best-selling moral instruction manuals have financed a multimillion dollar gambling habit -- has lit a lamp of happiness in even the darkest hearts. As the joyous word spread, crack flowed like water through inner-city streets, family court judges began handing out free divorces, children lit bonfires of The Book of Virtues, More Virtuous Virtues, Who Cheesed My Virtue?, Moral Tails: Virtue for Dogs, etc. And cynics everywhere thought, for just a moment: Maybe there is a God after all. (Source)

Many of Bill Bennett's controversial activities on behalf of pro-education reform issues, especially charters and phony "choice," are detailed in an article series titled "The Choice Charade," where the following observation about his character, made by education reform critic/teacher Susan Ohanian, is noted:


Bennett’s hypotheses are not presented for dissection or discussion; they are designed instead to push preset emotional buttons, to stir up deep-seated frustration with what isn’t working in our nation, to touch the basic mood of the people…. Such polemics play well on the nightly news, and that’s all that matters. Typical of the dichotomist, Bennett takes a complex situation and divides it into two poles. If you aren’t for him, then you must be against him. And, as Bennett has cleverly constructed his position, if you are against him, then you are against decency and morality, against married motherhood and deregulated apple pie.

And, of course, Bill Gates is financing this pro-Common Core activity in Iowa. Gates has financed education reform for decades in his role as "philanthropist." Continuing the Rockefeller/Carnegie tradition of profiting by philanthropy (see previous post), Gates has funded too many computer-dependent initiatives to count, both here in America and abroad. Every third-world country is being digitized, complete with the entire Skinnnerian system, so that no global child will be "left behind." 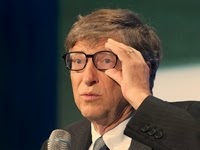 Poor Iowans! Hopefully after four decades of incessant hammering by diverse special interest groups they have become a bit immune to all the propagandizing. Maybe they are even politically savvy enough to "get it" when publicity campaigns like this are thinly veiled political campaigns. This time around the pro-Common Core agenda seems quite blatant on its face. Hopefully Iowans will catch on -- this is all about JEB!

With so many of the conservative grassroots catching on that Common Core is causing huge headaches for their children, grandchildren (literally) and tremendous problems for their classroom teachers and local districts -- maybe, just maybe -- this ad campaign will backfire!

Below is the ad, discussed in the POLITICO report, in which Bennett is advocating Common Core:
For further information, see the following blog posts:
Social Experimentation on the Poor
All That Glitters Anti-Common Core. . .Is Not Gold
Common Core Career Readiness
From GATES to GATES
Bill Gates Rules the World