Birch Society Sells Out Our Freedoms!
With Public Support for School "Choice" & Tax Credits
Read the above article published in the John Birch Society's magazine, The New American, "Tax-credit Private-school Scholarship Funding Explodes in Oklahoma," This article needs to be read in its entirety to realize the terrible depths of compromise into which the Birchers have fallen. Below are a few snippets, alarming excerpts, including -- unbelievably! -- lauding the Friedman Foundation:


The movement, called “school choice,” began in the mind of free-market economist Milton Friedman, who, with his wife, Rose, established a foundation in 1996 to promote his vision of school choice for all children. Operating on a modest $5 million annual budget, that foundation — now called the Friedman Foundation for Educational Choice — has moved some big mountains in the field of public education....

Thanks once again to the Friedman Foundation, in its groundbreaking study “The Fiscal Impact of Tax-Credit Scholarships in Oklahoma,” it was learned that those tax-credit scholarships were vastly more effective in putting dollars where they would do the most good....

In a perfect world, families would pay directly for the education of their children, at the school of their choice. Oklahoma comes close: Tax credits fund scholarships to the most deserving and needy of the young people, while keeping government interference at a minimum. These programs are growing ever more popular across the nation. The ultimate goal should be to let the money follow the students to whatever school their parents want them to attend. [emphasis added]

Whoa!  Doesn't that last sentence come right out of the Reauthorization of ESEA legislation this blog has been trying to kill? Read: "What is Title I Portability?"

The John Birch Society finally has come out of the closet. They have fallen hook, line and sinker for the  STATE-controlled fake "choice" proposed for decades by BOTH the Friedman Foundation and the Leftists like Bill Ayers. In this article the Trojan Horse of "Choice" has just gained a key entrance to the city! So many groups and people are coming out of the phony "choice" closet recently. This has to be the last domino to fall!

Here is the ultimate disinformation found in the conclusion of the New American article:


Tax-credit scholarship programs such as the one in Oklahoma are helping to move education to that ultimate destination. As those tax-credit notices from Oklahoma’s Tax Commission show up in the mail, they will add to the momentum of a good idea where everyone wins. [emphasis added]


We regret to inform the John Birchers that NO ONE WINS! This is the biggest myth since the earliest days of education reform. The parents lose, the children lose, the teachers lose, the voters lose, true local control and representative government loses. NOBODY WINS! All John Birchers need to read this one post -- if nothing else -- and then grasp the ramifications of how they have just been sold out: "Charters Kill True Choice" 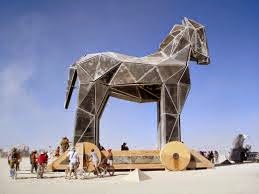 Read more at this blog where we have been reporting on these issues for the past year:
Read about the Reauthorization of ESEA bills in Congress. See:
For a complete listing of Anita Hoge's alerts on this blog, see the post "It Wasn't US!" and scroll to the bottom.

Posted by Charlotte Iserbyt at 8:57 AM