“This is going to be a big change in education in Finland that we’re just beginning,” said Liisa Pohjolainen, who is in charge of youth and adult education in Helsinki – the capital city at the forefront of the reform programme."(Source)

The John Birch Society, which recently announced its support for tax-funded school choice (see our blog's article "John Birch Society Comes Out of Closet"), has a computer home school program which is tailored to some of the elements of the "new" Finnish education model being promoted by major change agent Tony Wagner of Harvard.  Below is a screen shot of the John Birch Society promoting Tony Wagner on its New American webpage titled "FreedomProject Education: In the Tradition of the Founders":

Maine's Dept. of Education brought Prof. Tony Wagner into Maine as a consultant on restructuring a couple of years ago. Read, "Wagner: Schools should retool, teach ‘survival skills’," from the Maine DOE Newsroom webpage:


U.S. schools need to move the emphasis away from a model in which teachers transmit information to students. Instead, Wagner said, schools need to teach students how to engage with and process information at a higher level than they’re used to. Part of the solution, he said, is more group work for students in which students tackle complex problems, much as employees do in today’s workplace.

Important background on Wagner is covered in following blog post: "Birds of a Feather Flock Together." Tony Wagner, long-time associate of Don Davies, is now heading up Davies' "Community Education" group known as the Institute for Responsive Education. Wagner, a leading change agent/writer who focuses on "deeper learning" activities and small school philosophy, recommends the Finnish education model for the USA. Wagner, in the early 1980s, founded Educators for Social Responsiblity (ESR), a very far-left anti-war/pro-disarmament group that has worked extensively with the Soviet Union and Russia on education restructuring. (Read more HERE and HERE.)

I have written extensively warning about the significance of the Finland model. See blog articles HERE and HERE and HERE. See also: "More Sightings of Finnish RED BIRDS..." and "Federal ESEA Reauthorization has its eye on Finland."

The John Birch Society FreedomProject Education webpage goes on, after the Tony Wagner quote, to cite its endorsement and promotion of the Wagner's workforce skills agenda:
Here is a summary of this Finnish model from the The Independent (UK) article "Finland schools: Subjects scrapped and replaced with 'topics' as country reforms its education system" by Richard Garner, HELSINKI, March 20, 2015. Is this what you parents and citizens want for American schoolchildren? Compare these remarks to those made by the John Birch Society promoting Tony Wagner, and note that this Finnish education tracks students into two tiers, like worker bees (elite highly trained "knowledge workers") and drones (low-level "cafeteria services" workers):


Pasi Silander, the city’s development manager, explained: “What we need now is a different kind of education to prepare people for working life.

“Young people use quite advanced computers. In the past the banks had lots of  bank clerks totting up figures but now that has totally changed.

“We therefore have to make the changes in education that are necessary for industry and modern society.”

"They are being replaced by what the Finns call “phenomenon” teaching – or teaching by topic. For instance, a teenager studying a vocational course might take “cafeteria services” lessons, which would include elements of maths, languages (to help serve foreign customers), writing skills and communication skills.

More academic pupils would be taught cross-subject topics such as the European Union - which would merge elements of economics, history (of the countries involved), languages and geography.

There are other changes too, not least to the traditional format that sees rows of pupils sitting passively in front of their teacher, listening to lessons or waiting to be questioned. Instead there will be a more collaborative approach, with pupils working in smaller groups to solve problems while improving their communication skills. [emphases added]

Valerie Strauss of The Washington Post, in an article "What the U.S. can’t learn from Finland about ed reform" regarding Finland's education reform, quotes Pasi Sahlberg, author of "Finnish Lessons:  What Can the World Learn About Educational Change in Finland?" Sahlberg's views should be taken in mind when considering if the United States  could or should adopt the Finnish system recommended by Tony Wagner. 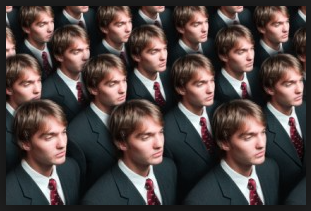 As the United States is looking to reform its public school system, education experts have increasingly looked at other countries for examples on what works and what won’t. The current administration has turned its attention strong performing foreign school systems. As a consequence, recent education summits hosted in the United States have given room to international education showcases. This commitment to think outside of the box was illustrated two years ago, when Education Secretary Arne Duncan asked for a report titled “Strong Performers and Successful Reforms: Lessons from PISA for the United States,” prepared by a team of analysts — I was one of them — with the Organization for Economic Cooperation and Development (OECD). One of the strong performers that is gaining increasing interest in the United States is my home country, Finland....

What, then, can’t the United States learn from Finland?

First of all, although Finland can show the United States what equal opportunity looks like, Americans cannot achieve equity without first implementing fundamental changes in their school system. The following three issues require particular attention.

Funding of schools: Finnish schools are funded based on a formula guaranteeing equal allocation of resources to each school regardless of location or wealth of its community.

Well-being of children: All children in Finland have, by law, access to childcare, comprehensive health care, and pre-school in their own communities. Every school must have a welfare team to advance child happiness in school. [emphases added]

The John Birch Society has a problem. A BIG problem. It is now supporting the Communist agenda of Workforce Education.

To read about how Communism is alive and well in education reform, see:
GRASSROOTS RESPONSE TO MARC TUCKER
"Governance" - Eradication of Representative Government
The Death of Local Education... & Representative Local Government
Communism is NOT Dead!
Posted by Charlotte Iserbyt at 10:04 AM