A 3D Research Report by a Grassroots Mother

The UNCRC (UNITED NATIONS COMMISSION ON THE RIGHTS OF THE CHILD) if RATIFIED WILL END PARENT CONTROL OVER CHILDREN and GIVE IT TO the United Nations and ITS WORST CHILD OFFENDERS.

Paper Tiger: a person, group, nation, or thing that has the appearance of strength or power but is actually weak or ineffectual. (Source)

From the article, "UN Treaty on Child's Rights Legally Binding, and Absurd," by Michael Farris of HSLDA, come the following statements:


"The CRC is a comprehensive treaty covering the economic, social, political, civil, and cultural rights of children. No area of our law regarding children lies outside of its scope. And virtually all American law on children comes from the laws of our 50 states. Yet our Constitution says treaties override state laws....

"Many school districts allow parents to allow their children to “opt out” from certain controversial courses such as sex education. The UN body holds that such parental involvement violates the treaty. The CRC will trump all state “opt out” laws....

"The UN treaty establishes the law; American courts and child welfare agencies can, will, and must enforce the UN standards by virtue of Article VI of our Constitution." [bold added]


So, if Farris is right, all of the OPT-OUT language we are hearing will be rendered useless if UN Convention on the Rights of The Child is ratified here in the U.S. -- and it is coming.

[ED. NOTE: BUT bear in mind that Farris is working both sides of the issue here, as has been reported on in detail at this blog. His solution to the "crisis" of UNCRC is "Parental Rights and Responsibilities" language in legislation (which "coincidentally" happens to be embedded in H.R. 5 language which Farris supports) in which the Big Brother State defines parental rights and prescribes (assesses?) parental responsibilities, including penalties non-compliance. Get it? Farris hypes the crisis, and then proposes the "solution." (See article links at the end of this blog post for more information.)]

The U.S. HAS SIGNED this U.N. Treaty but has NOT ratified it yet. This will be coming down the pike SOON, as this presidency INTENDS to ratify it, especially in its final destructive hours as it throws all globalist waste at the wall. 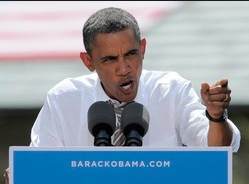 Here is the Wikipedia entry description: "U.S. ratification of the Convention on the Rights of the Child":


"Under the United States Constitution, the ratification of treaties involves several steps. Firstly, the president or his representative would negotiate, agree and sign a treaty, which would then be submitted to the U.S Senate for its "advice and consent". At that time the President would explain and interpret all provisions in the treaty. If the Senate approves the treaty with a two-thirds majority, it goes back to the President who can ratify it....

"...ratification of the Convention would require the United States to submit reports, outlining its implementation on the domestic level, to the U.N. Committee on the Rights of the Child, a panel of child rights experts from around the world. Parties must report initially two years after acceding to (ratifying) the Convention and then every five years...."


Something to be considered carefully. When international education policy is being sold and set by UN insider "Education Experts," like recently confessed Canadian PEDOPHILE, Professor BEN LEVIN, it bears consideration. Especially if his policy agenda furthers his own perverse personal agenda. (Read this court case against Benjamin Levin HERE.)

HOW then can we TRUST any EDUCATION POLICY PUSHERS who TAKE AWAY PARENTAL RIGHTS? What are any of their motives to take away parental rights with the UNCRC treaty? With omnibus education bill's like HR5 and Lamar Alexander's Senate Bill version of the ESEA, to keep children away from their parents by 12/7/365 (12 hours a day, 7 days a week, 365 days a year) schools desired by both Arne Duncan and Lamar Alexander? (Read "Lamar the Tsar.")

These are questions we PARENTS NEED to ask ourselves and ASK The POLICY PUSHERS! Why? See, for example, the following alarming article about Levin, a high level Educrat who has been arrested for child pornography:


"Levin has been invited by school districts around the world and in Canada in recent years to deliver keynote addresses on sustainable education, policy and education leadership." [emphasis added]


The extent of Levin's influence in setting United States education policy is unknown, but he has participated in high level Education Summits with big U.S. EDUCRAT POLICY PUSHERS such as ARNE DUNCAN, the United States Secretary of Education. BEN LEVIN held a high level position here on the conference masthead, one of 4, including LINDA DARLING HAMMOND as "Rapporteur" for this 2011 international summit on the Teaching Profession. This summit was hosted by both Arne Duncan and Secretary General of the OECD, a UN partner. See the following list of speakers from the International Summit on the Teaching Profession, March 16-17-2011: 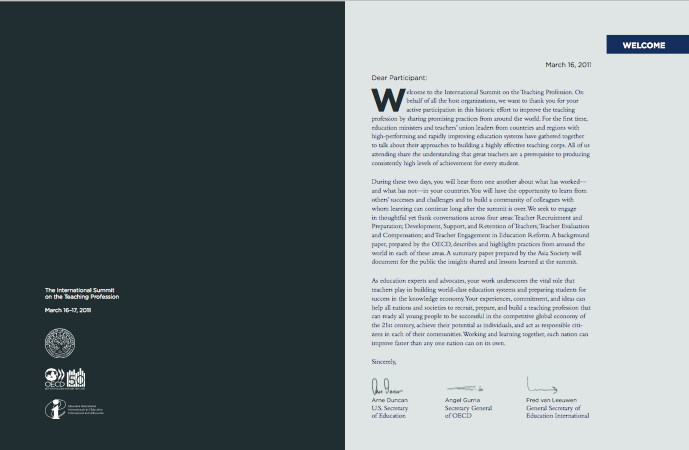 Ben Levin has also been a regular with the OECD over the years.
Both the Policy Pushers and the International Education Experts will be influencing and deciding law for American parents and their children if we do not stop both ESEA Reauthorization AND the ratification of UNCRC.
Members of this UN committee which will be deciding how AMERICAN PARENTS will REQUIRED by LAW to act are from Bahrain, Morocco, Togo, Ecuador, Slovakia, Russia, Egypt, and Venezuela, and other countries like Monaco and Spain. No representative from the USA. But Bahrain will impose its values on our children if we RATIFY the UNCRC, or if it is ALLOWED in by STEALTH or SOFT LAW through an OMNIBUS BILL. (See: http://gvnet.com/humantrafficking/Bahrain.htm and read the following:


"Bahrain is a destination country for men and women trafficked for the purposes of forced labor and commercial sexual exploitation. Men and women from India, Pakistan, Nepal, Sri Lanka, Bangladesh, Indonesia, Thailand, the Philippines, Ethiopia, and Eritrea migrate voluntarily to Bahrain to work as formal sector laborers or domestic workers. Some, however, face conditions of involuntary servitude after arriving in Bahrain, such as unlawful withholding of passports, restrictions on movement, non-payment of wages, threats, and physical or sexual abuse.  - U.S. State Dept Trafficking in Persons Report, June, 2009   [full country report]" [bold added]


AMERICAN PARENTS: DO YOU WANT YOUR RIGHTS and YOUR CHILDRENS RIGHTS DECIDED BY "a panel of child rights experts from around the world"? LIKE BAHRAIN?? OR by a PEDOPHILE LIKE BEN LEVIN? Below are a collection or articles in the press about Ben Levin. When parents no longer have rights, will Educrats like him be in charge?

"Via online communications, Levin urged a woman who’d presented herself as the single mother of two girls aged 8 and 14, to engage in sexual acts with the kids, claiming that he’d sexually abused his own three daughters when they were as young as 12."

In case you think this is an over-reaction, examine the facts. How many PEDOPHILE's have been setting policy in children's schools all over the world? PEDOPHILE's want access to children to GROOM them for abuse. Social emotional learning dominating curriculum combined with porno/pedo sex ed is potentially catastrophic, GROOMING on a MASS SCALE. Read more, if you can stomach it:
OUR CHILDREN HAVE NEVER BEEN LESS SAFE IN SCHOOL!!! And, finally, don't miss this article reported by the Toronto Sun:

For articles about Michael Farris and his double-dealing, read "Are Homeschoolers on MARS? " and follow the links at the bottom to other articles about Farris.
Read about "Opt Out":
To read about ESEA Reauthorization, see:
For a complete listing of Anita Hoge's alerts on this blog, including how the Reauthorization of ESEA will destroy private education in the U.S., see the post "It Wasn't US!" and scroll to the bottom.
Posted by Charlotte Iserbyt at 5:57 PM