The following information will come as a surprise to state taxpayers. Is it any wonder all states have succumbed to federal control? One of the primary reasons for abolishing the U.S. Department of Education is to cut down to size the bloated and dictatorial state departments of education which receive their marching orders from Washington.

In a 1995 an article by Gordon S. Jones, former undersecretary of education in Secretary T.H. Bell’s department of education, was published in The Washington Times titled “WHY THE EDUCATION DEPARTMENT MUST GO.”  Jones said in part:


To put the matter in its starkest terms, state school superintendents like the Department of Education because they are getting, on average nationwide, almost half of their funding and staff courtesy of the federal taxpayer. The state of Michigan, for example, receives 77 percent of its operating budget from the Department of Education; its counterpart in Iowa has 81 percent of its staff paid for by Uncle Sugar. 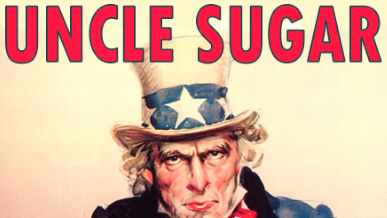 What is included in the firing of Boss #1? Congress must pass legislation prohibiting the following:

1. Maintenance and/or creation of separate U.S. government offices, no matter how small, related to overseeing of education technology-related programs (computer-assisted instruction, assessment, evaluation, remediation, and collection of personal student data related to education at the state or local level).

2.  Funding and/or provision of medical or mental health services by Depts. of Health and Human Services, and Workforce Training-related information services provided by Depts. of Commerce and Labor, including data tracking and data trafficking of our children.

If Americans don't understand why the above action MUST be taken, they should take a look at an 8th Grade History test given to public school students in 1954! Read the following blog post: "How Kenny Hignite Became Famous"

THIS IS NOT WHAT IS CALLED FOR IN ANY OF THE REAUTHORIZATION OF ESEA BILLS. This 8th grade history test represents what Senator Alexander and Dr. Shirley McCune do NOT want. This academic education is clearly what they want to get rid of! Your child is human capital to them in their system, to be trained like and animal to perform, and to spin off profits for the global elite! The student, Kenny Hignite, received a 99% on his test, "Excellent." How many Congressmen/women, or for that matter how many readers of this blog, could get a 99% on this test? I don't believe I could do as well as Kenny.

When showing this test to Americans I get the answer: "Oh, well, Hignite was probably brilliant with a high IQ." I respond, "Hignite was not the only student expected to answer the questions on this test." The level of difficulty of this test indicates WHAT UNITED STATES PUBLIC EDUCATION EXPECTED OF ALL STUDENTS IN 1954.

THIS is the education system to which we should return. The local system we had BEFORE the U.S. Department of Education was created. This is the education system which graduated writers, scientists, doctors, inventors, musicians, jazz performers, world athletes, business leaders, pilots,  artists, navigators, etc., but most important of all: true educators who understood the importance of reading, writing, arithmetic, history, science, and good behavior. These true educators received their education prior to the government determining a need for certification from state teacher colleges for brainwashing and Pavlovian dog training.

BY THE WAY, HAVE WE ALL FORGOTTEN? OUR CHILDREN ARE "OUR" CHILDREN, NOT WARDS OF THE STATE?

THEY DO NOT BELONG TO THE STATE!

For further reading:
The REAL Agenda Behind Abolishing the U.S. Dept. of Education
THERE IS NOTHING NEW UNDER THE SUN!
The Fat Lady Just Started Singing!
WE ARE AT WAR!
Gutsy Teacher Warns About ESEA
What Does ObamaCare Have to Do With the ESEA Reauthorization?
Anita Hoge's OPEN LETTER to PA Dept of Ed's Dumaresq

Posted by Charlotte Iserbyt at 2:44 PM