A 3D Research Report by a Grassroots Parent 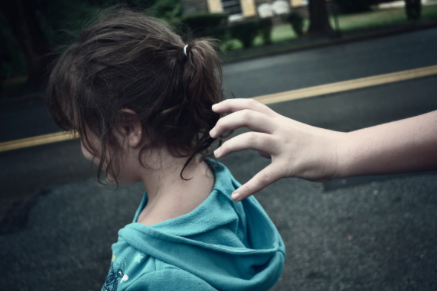 Article 29
You have the right to education which tries to develop your personality and abilities as much as possible and encourages you to respect other people’s rights and values and to respect the environment.

The UNITED STATES has not signed the odious linguistic carnival that is the UN Convention on the Rights of the Child, but we find it piecemeal everywhere, including the current Legislation for No Child Left Behind (NCLB) Reauthorization.

In standard leftist fashion the children's rights HUSTLERS in the UN document say one thing but mean another. Here is a very telling gem:


"Article 4
You have the right to have your rights made a reality by the government."(Source)

Okay, they are talking to CHILDREN! Young children. The United Nations is telling ALL children everywhere that the Government MUST take care of them.  This is also the message we are finding in both COMMON CORE and the Reauthorization of ESEA. Social justice. The STATE controls education and it is for collectivism.

Reauthorization of ESEA drives the same wedge into families that the UNCRC does, only more secretively. Read Anita Hoge's article "BILL: HR-5 DENIES PARENTS THEIR RIGHT OVER THEIR OWN CHILDREN." This article is posted on the blog as "HR 5 Bastardizes Title 1 and IDEA... creating a dangerous hybrid."

We see the SAMENESS and EQUITY present in the House and Senate education bills. Similarly crafted with language familiar to those who have read Lamar Alexander's ESEA bill and HR5, one can recognize the doublespeak.

While bestowing all kinds of RIGHTS to OUR little CHILDREN, they are simultaneously taking AWAY parental rights. See this website below HERE:


Like the USDOE federal government has decided through these bills that the Government will control education and provide wraparound services in "community hubs," using psychological tomfoolery such as "social and emotional learning," "deep engagement with text," and " higher order thinking," providing mental health and abortion/birth control and even sex ed how-to's as well.
Staffed with full time guidance personnel such as psychologists, practitioners and facilitators,
(nary a scholar need apply) our children will be kept in their institution, excuse me, school, for longer hours and all year long, 12/7/365 according to U.S. Secretary of Education, Arne Duncan. See this YouTube: https://m.youtube.com/watch?v=e6wRjxfkAU0 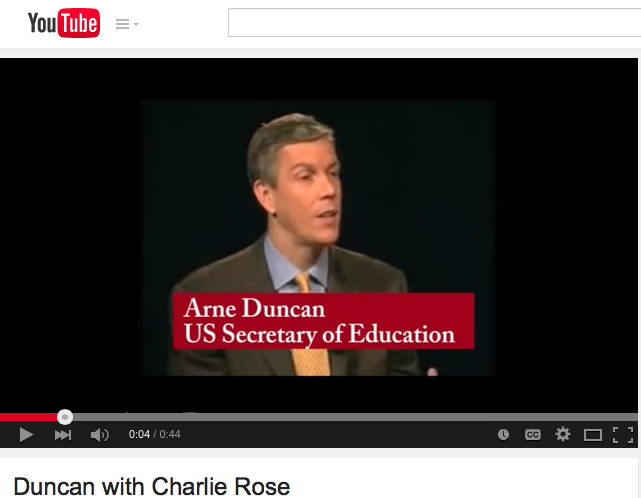 All of this proves the collectivist comment of pundit Melissa Harris Perry that, "kids belong to whole communities" foreshadowing the omnibus legislation we see today. Watch: https://m.youtube.com/watch?v=N3qtpdSQox0 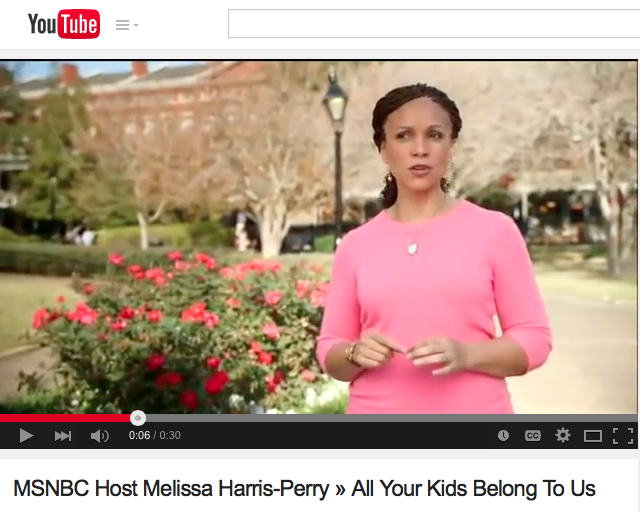 The UNCRC seeks to establish "civil, political, economic, social and cultural rights [for] children." In doing so they drive the similar wedge into family sovereignty that the forced "Equity" of HR5 and Lamar Alexander's Senate bill does. Here is an example of HR 5's doublespeak:

Ensures parents continue to have the information they need to hold schools accountable by requiring states and school districts to assess student learning and produce annual reports cards that outline meaningful academic achievement data for each subset of the student population. (Source) 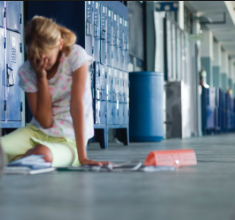 How exactly does any of this hold educrat dictators and their minions and slaves accountable to parents?  Parents can barely enter the schools, see curriculum or tests and police are summoned when we speak up in meetings. This bill is giving parents NO choice by requiring Common Core in every school by FAKE "Choice," making school a prison of 7 days a week 12 hours a day according to Arne Duncan, with psychological assessments a la Pearson BOSS APP spying, and a million other shackles and barriers for kids and parents.


Strengthens partnerships among parents and educators designed to meet the academic needs of children by improving the existing Parental Information and Resource Centers program, which the legislation renames Family Engagement Centers. 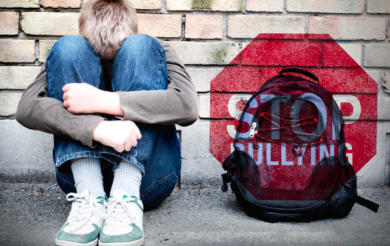 Are you kidding with this???  WELL, YOU ARE NOT OUR PARTNERS! You are acting like an ABUSIVE, ONE-SIDED NARCISSIST BULLY.

YOU ARE OUR EMPLOYEES. But you lie and steal from us our tax money we sweat, to fork over to PAY you for the SERVICES rendered by you, acting as the predator MONSTROSITY you call High Quality Education. And we are SO DONE with your bad service, your lies and abuse and with YOU! NO WAY, ESEA! DOE is DOA!!

Here is a disturbing video geared to kids illustrating the dialectic created to begin separating children from their parents by way of the UNCRC. It is appalling. There are many UNCRC propaganda videos geared directly to children on youtube, many too painful and enraging to watch. See: https://m.youtube.com/watch?v=tesGUxyd-lw 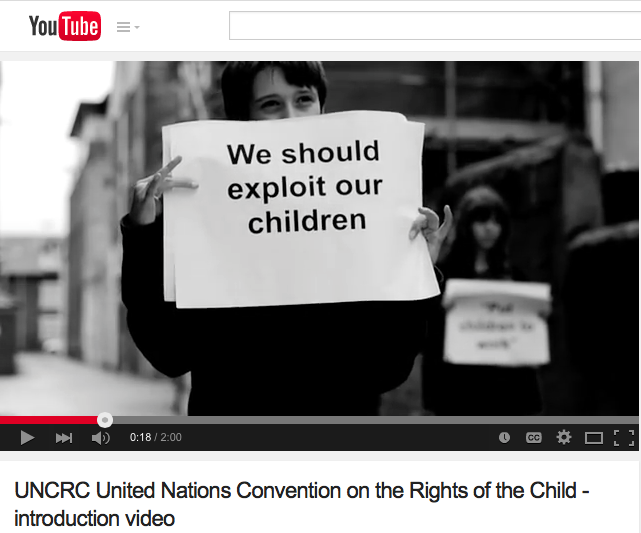 Educate yourself because this is the reality of Arne Duncan and Melissa Harris Perry's world view as well as senator Lamar Alexander and Rep. Kline and HR5. STOP ESEA!!!

The graphic below comes from the UNICEF website:
http://www.unicef.org/rightsite/files/uncrcchilldfriendlylanguage.pdf 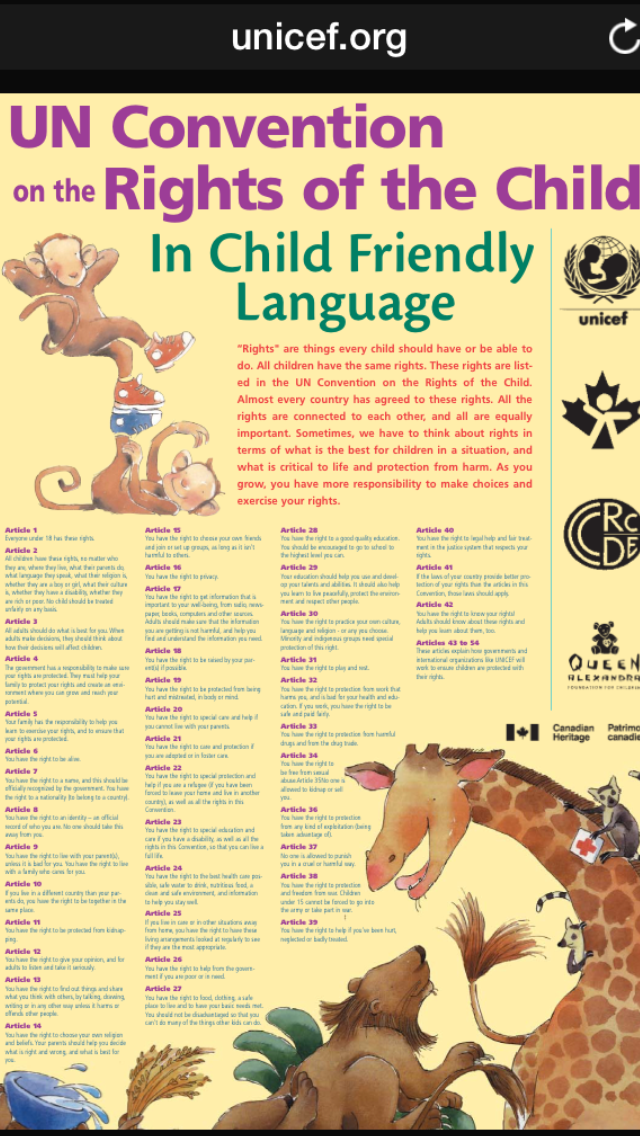 Here is another simplified version: http://www.everychild.ca/uncrc 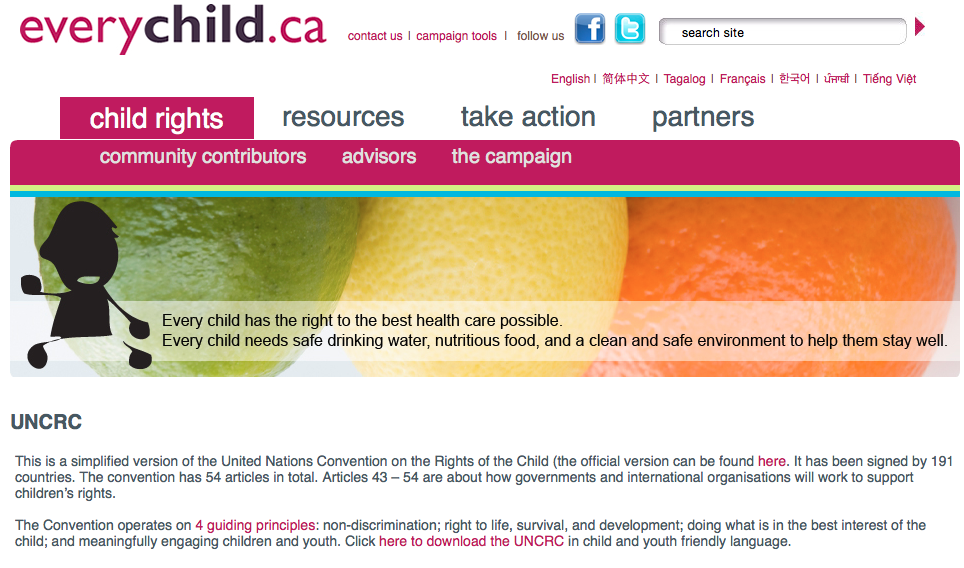 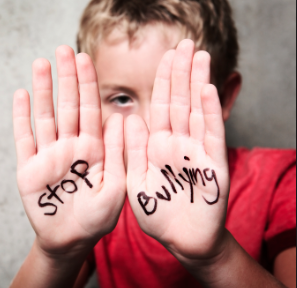 For more on this state-sanctioned education bullying see the information posted on this blog:

Posted by Charlotte Iserbyt at 7:55 AM