REGIONALISM COMMUNISM GOBBLES UP THE USA

From the state of Vermont, the article above, "ALTERNATIVE ED BILL WOULD REDUCE NUMBER OF SCHOOL DISTRICTS IN VERMONT TO 15," by Amy Nash Nixon, Mar. 23 2015, (see opening paragraphs above) we additionally learn  that:

Scheuermann wants to make a structural change that she believes could address the quality of education and concerns about school efficiencies. 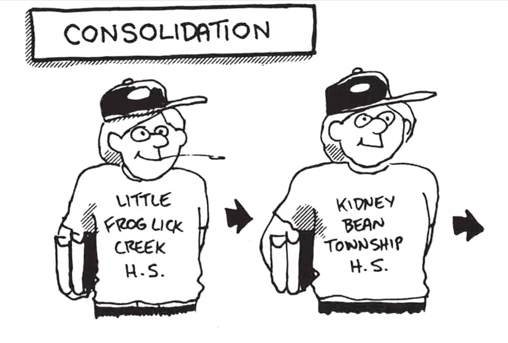 “This is a real opportunity for us to do something more,” Scheuermann said. “We want to address the quality of education. What seems to be lost in this conversation is realizing that we have an opportunity here to really transform our system into a 21st century educational system.”...

“I hear in my economic development committee too many students aren’t prepared for the work force, for college,” said Scheuermann, a member of the House’s Commerce and Economic Development Committee.

Her bill, she said, seeks to prepare students for the global economy. [emphasis added]

Is her comment about reconnecting taxpayers to the budgets voted on and the money being spent a JOKE? Consolidation of schools does exactly the opposite! As the Superintendent of Schools in Brunswick, Maine, once stated regarding loss of local control, “I hope everyone listening knows that local doesn’t mean what local means for us.” Sheuermann's proposal offers the whole education transformation "ball of wax" including phony "choice": 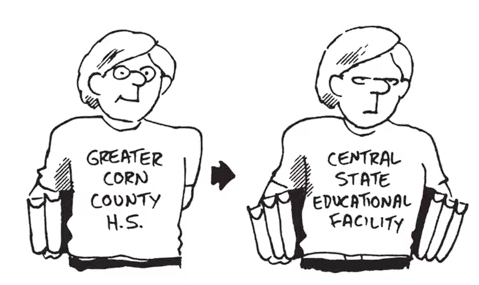 Scheuermann’s proposal also expands school choice. Students would have the option to attend any elementary or secondary school within their consolidated administrative district.

“This would create a marketplace for our local schools, and allow for our schools to become beacons of high quality,” Scheuermann said.

Note that all of this is happening just as the John Birch Society and its historical opposition to regionalism, recognizing it as Communism, has now been totally compromised. (Read: "John Birch Society Comes Out of Closet.")

Perhaps Rep. Scheuermann should bone up on the nation’s history of regionalism and consolidation, especially in public education. She should start her education by reading the following quotes from a 1964 article related to the unconstitutional nature of regionalism. These are taken from an article entitled "Metro-1313 and the Schools," dated 1964, by the late Jo Hindman, a nationally-known writer/journalist during the 1960s/1970s.[1] Hindman was one of the nation’s foremost experts, along with Maureen Heaton, author of the The Impossible Dream, which can be downloaded at AmericanDeception.com, on the subject of regional/metropolitan government.

Supporting such declarations, past, present and future events prove out the fact that Metro indeed is assaulting the nation's schools. [emphasis added] 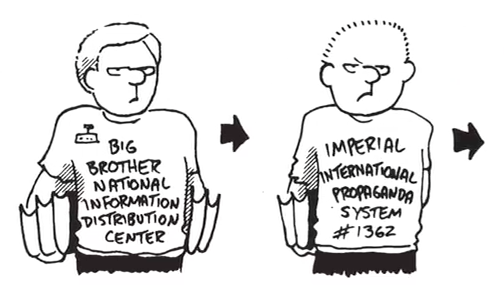 Next year, [1965] the Ohio Legislature will be confronted with a move to abolish local school boards and to destroy the county system by allowing the combination of counties or parts of, to create the successor to the public school, something called "Area Education Center." The AE appears to be Metro strategy for public eduction, multi-county style. [emphasis added]

Area Education Centers (AE) are now known as Hubs for womb-to-tomb services for all members of the community, lifelong, run by unelected councils, going in across the USA as I write. The State of Vermont was discussing boarding schools back in 1979. From my book, the deliberate dumbing down of america, page 155, you can read excerpts from the article “BIG SCHOOL CHANGES PROPOSED,” which was printed in the Bangor (ME) Daily News on November 30, 1979. This article covered what could easily be described as futuristic plans for Vermont public education. It stated in part:

MONTPELIER, VT—A blue ribbon commission has recommended a radical restructuring of education in Vermont with year-round, ungraded schools and a policy of allowing some students to drop out at age 13. In addition, the commission suggested creation of a 4,000- student, residential school for students ages 4 through 19. The state-run school would be a center for educational research and teacher training.... The commission recommends students should be permitted to drop out of formal schooling at age 13, as long as they get a job or enroll in an alternative training program.


This extraordinary plan for radical restructuring seemed beyond the pale in 1979. However, it doesn’t seem so out of reach now, when most of its recommendations are being introduced nationwide. Year-round school has been proposed in many locales. Boarding schools were openly proposed by former Speaker of the House Newt Gingrich, but have not been widely embraced. However, the concept of allowing students to drop out at age 13 has its parallel in school-to-work efforts which force students to select a career emphasis by the end of eighth grade. Is Scheuermann not aware of the controversial history of the consolidation/regionalization of schools in its next -door neighbor, Maine, since 1958 under the Sinclair Act?

Let me point out that ALL of Maine’s Governors, Republican and Democrat, have supported consolidation of Maine schools since passage of the Sinclair Act in 1958.


“School Board members slammed Governor John Baldacci’s plan to save on administrative costs by reducing the number of the school districts in the state from 152 to 26. When done lashing the proposal during its meeting Wednesday night, the School Board resolved to author a statement formally opposing the plan.

“The superintendent had not been apprised probably as well as the press,” Superintendent James Ashe said, lambasting the governor’s plan and the way it was disseminated during his report to the School Board on Wednesday night. He warned the plan could mean a higher per-student cost for Brunswick, possible budget cuts that would affect teaching staff, and a potential clash of educational philosophies between Brunswick, Freeport and the towns of School Administrative District 75 that would share one administrative office and one school board under the proposed plan.

“I hope everyone listening knows that local doesn’t mean what local means for us,” Ashe said.

“School Board member Bob Morrison, reading a prepared statement, called the plan ‘totalitarian,’ asserting a difference between schools and factories and how they should be run.” [all emphases added] 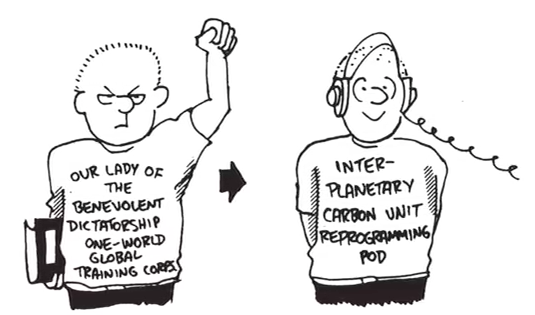 Scheuermann should follow up in her research by reading article by Morris Zeitlin, Professor of Sociology, University of California, San Diego, which was published in the THE DAILY WORLD of November 8, 1975, entitled “Planning Is Socialism’s Trademark.” The Daily World (newspaper of the Communist Party USA) was formerly known as The Daily Worker and was founded in 1924. The importance of this article lies in its blatant admission that regionalism, which is gradually becoming the accepted method of unelected governance in the United States (unelected councils and task forces, participatory democracy, public-private partnerships, etc.) is the form of government used in democratic socialist and communist countries.

Here is an excerpt from the Zeitlin article found on page 134 of my book the deliberate dumbing down of america where you can read it in its entirety:


“In socialist countries, metropolitan regions enjoy metropolitan regional government and comprehensive planning. Of the many regions on the vast territory of the Soviet Union, the Moscow Region commands special attention, for it has been, since the 1917 Revolution, the country’s economic and political center. The economic and functional efficiencies and the social benefits that comprehensive national, regional and city planning make possible in socialist society explain the Soviet Union’s enormous and rapid economic and social progress.” [emphasis added] 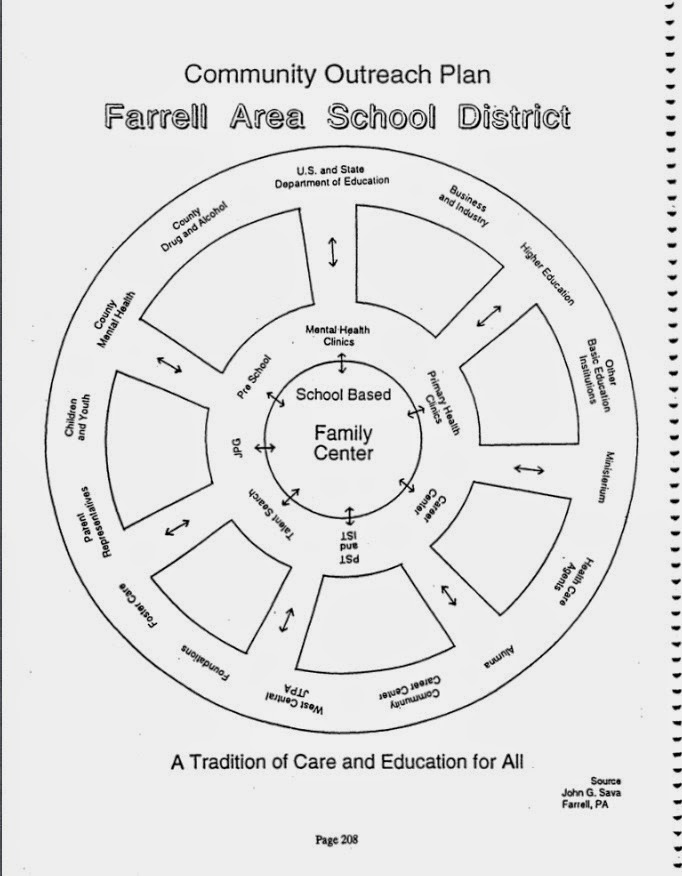 
Persons alarmed by Metropolitan government's takeover have asked if Metro also has designs on the nation's schools.

In review: Metro government cancels city and county governments, homogenizing them into a single regional government. Spearheaded by self-styled "experts," the overall Metro movement is powered by a New York-Chicago axis known as 1313--a network of lay organizations with a major center housed at 1313 E. 60th. St., Chicago.

Merging of units of government, reducing the number into a single unit government, is a prime Metro goal. School districts, numbering many thousands of units, naturally become Metro targets.

In fact, American schools suffer a double barrel Metro attack. Not only does Metro insist on fewer (and larger) school districts, Metro strives to kill school district autonomy, to demote school budgets under the Metro budget, and to administer schools under the Metro single unit of government at whichever level the last merger may have beached "local" government--county, multi-county, state or region. 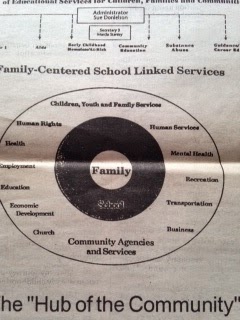 Supporting such declarations, past, present and future events prove out the fact that Metro indeed is assaulting the nation's schools.

When the schools reorganized during 1951 in one of Colorado's 63 counties, approximately 95% was taken into one district with the urban area voting in the rural area which did not wish to be included. In another Colorado county, reorganized into a county-wide school district unhappiness also resulted when the cities' vote overwhelmed the rural.

The city of Carlsbad, California, successfully defeated Oceanside's move to force Carlsbad elementary and high schools into a single system. Now Carlsbad faces second jeopardy, due to terms of the Unruh Education Act of 1964 whereby consolidation will be decided on the total vote (as in Colorado) rather than on the former "inside-outside" voting rule. 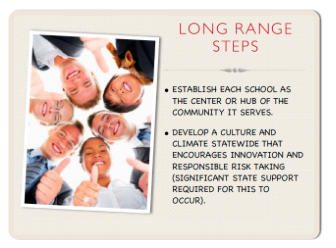 Introduced in the California Senate by a Metrocrat who powerfully supports all types of Metro district consolidation, the school legislation also proposed to reduce 1585 school districts to just 108. The mandatory clause was stripped from the measure, but huge financial bait substituted to enhance school consolidation. Now, fights against total unification are springing up throughout California.

Next year, the Ohio Legislature will be confronted with a move to abolish local school boards and to destroy the county system by allowing the combination of counties or parts of, to create the successor to the public school, something called "Area Education Center." The AE appears to be Metro strategy for public eduction, multi-county style.

Fifteen years ago, Metro writers were talking about county level government as the "single important administrative unit." Now, Americans are being conditioned to the multi-county (regional) single unit of Metro. The "Area Education Center" slips neatly into the Metro slot.

Even private schools are not beyond the Metro reach. Metro master-planing can exercise pressure through land use controls, urban renewal and highway condemnations: all can be fatally damaging to private school property. [all emphases added]

Want more history like this? Download Maureen Heaton's book The Impossible Dream at AmericanDeception.com. Simply type in "Maureen Heaton" in the search box. When this screen above comes up, click on the red "Download Now" button. 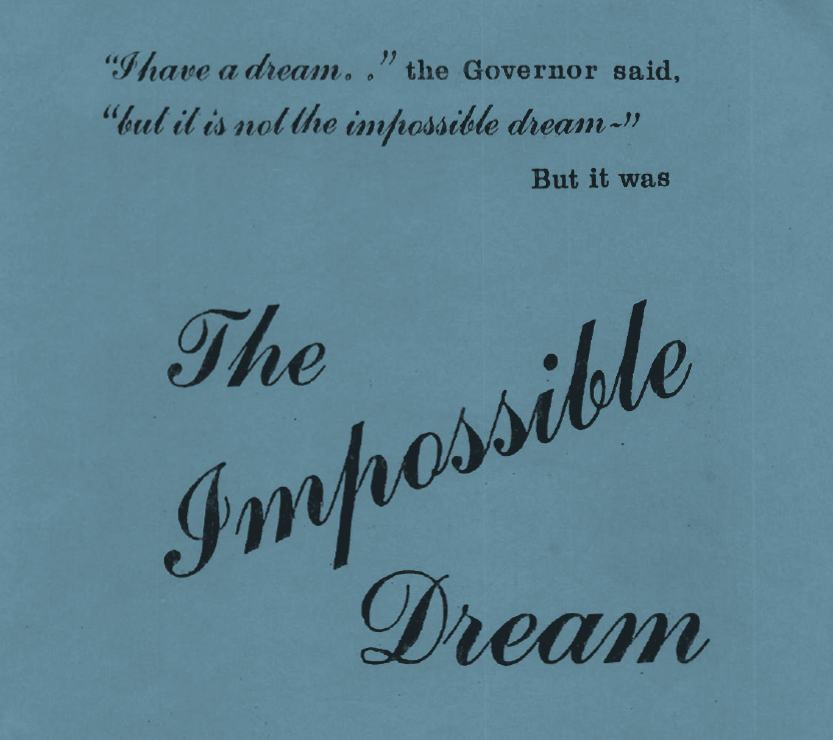 Posted by Charlotte Iserbyt at 6:40 AM