An Open Letter to Congress

To: An Open Letter from Charlotte Iserbyt to Congress.
Date: Sunday, February 1, 2015
From: Charlotte Thomson Iserbyt,  former local school board member, former Senior Policy Advisor, U.S. Dept. of Education during the Reagan administration, author of the book the deliberate dumbing down of america, and, most important of all, a wife, mother, grandmother and American citizen
Subject: Representing American parents and taxpayers regarding the Reauthorization of the Elementary and Secondary Education Act (ESEA)

As you undoubtedly know, the last committee hearing related to the Reauthorization of the Elementary and Secondary Education Act takes place tomorrow, Feb. 2, 2015.

If enacted, this legislation will spell the demise of America as a free nation.

Plain parents and taxpayers who oppose this bill were not invited to testify.

Since tomorrow is the final hearing I, Charlotte Iserbyt, representing millions  of plain parents and taxpayers, request that the  views of the number 1 parent/taxpayer expert on the subject of education, Anita Hoge, be included in the record of the hearings and incorporated in the Congressional Record of the hearings.

Anita Hoge and I, Charlotte Iserbyt, have requested to make a presentation but our requests have fallen on deaf hears.

It appears that the committee has deliberately excluded parents and plain American citizen/taxpayers from discussion of this radical, unconstitutional legislation.

Ms. Hoge, who I consider the number 1 expert on the subject of education assessment and womb-to-tomb agenda which is included in this ESEA Reauthorization, were interviewed on the national Internet Jeff Rense radio show last Friday, January 30, 2015. Ms. Hoge spoke eloquently, with documentation to back up her concerns, regarding this legislation and the dangers to Americans and their freedoms should the bill pass.

You can listen to the interview by clicking on the following link:
http://rense.gsradio.net:8080/rense/special/rense_iserbyt_hoge_013015.mp3

As a former Senior Policy Advisor in the U.S. Department of Education, and representative of the average American parent and taxpayer, I request that the Rense interview (available by clicking on above link) be played at the final hearing tomorrow.  This will enable Americans to have their views represented and to have important information made available to the committee.

I also request that the Rense interview be made a permanent part of the Congressional Record.

Please click on following links as an example of the concern of the average American parent taxpayer relative to this totalitarian, womb-to-tomb workforce training bill!
Why Anita Hoge Needs to Testify Before Congress
America's MOMS speak out to Lamar Alexander!

Please respond immediately. By email or by phone.

P.S. Ms. Hoge and I will be doing another national Internet radio interview [on Wednesday night, listen HERE 11 pm to 1 am EST, ed.] next week, during which we will explain to the average American parent/taxpayer the outcome of the hearings which excluded our voices. The voices of millions of Americans.

I await your response to this most urgent request. 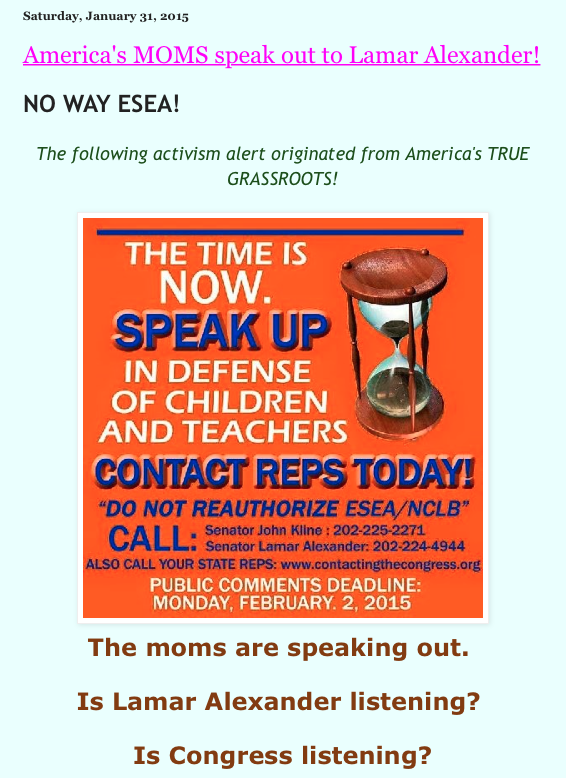 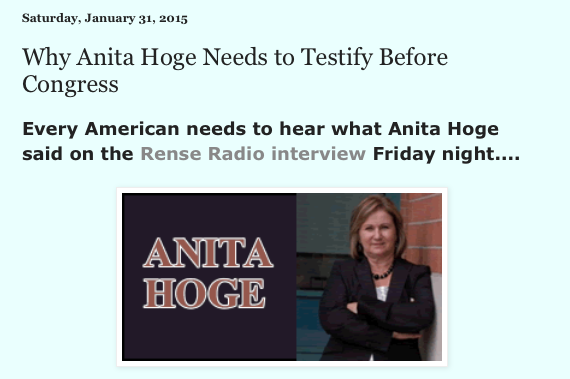 Posted by Charlotte Iserbyt at 6:47 AM