EVEN BEFORE ESEA HAS BEEN REAUTHORIZED— 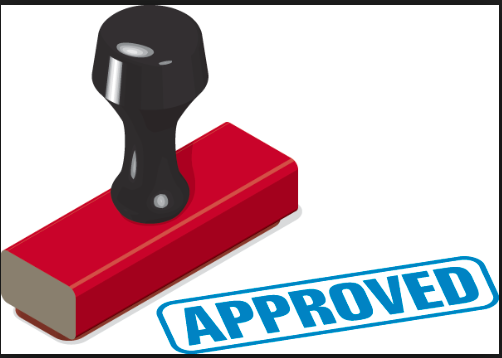 Under a recent state law going into effect this year, every school board in the state must declare by June 30 whether they plan to become a charter district, remain status quo, or seek “Investing in Educational Excellence” status (which parallels the “Opportunity School District” amendment that our governor wants passed to be able to create a New Orleans/Tennessee-style, state/governor’s office-run school district of takeovers that don’t meet designated criteria in three years).  If “approved” by the Clarke County School Board, it will submit its charter for State School Board rubber stamp.

Some of the characteristics of a charter system are as follows:

·       “Local School Governance Teams” would have real but somewhat limited authority at each school;
·       The county would devise its own teacher evaluation system;
·       School-based health clinics would be created;
·       There would be increased community and neighborhood involvement in schools through parents, businesses, non-profit and other neighborhood agencies, and
·       The Clarke County School District will be renamed “The Athens-Clarke County COMMUNITY SCHOOL District” with all that that name implies. [See Ruth Feld’s “Community Education Exposè”]

Because charter school districts must submit plans for how they will meet the terms of a performance contract with the State Department of Education in order to get waivers to do the things outlined above, Clarke County has proposed to

·       Install innovative programs that will produce above-average performance on “college and career readiness” measures;
·       Change the way course credits can be allowed—a student can be allowed to gain academic credit for a part-time job with an automobile mechanic shop or other trade, and
·       Do away with the “Student Learning Objectives” (SLO), a series of pre- and post-tests to measure student progress.

Stating that “Clarke County’s elected school board would retain final authority in decisions” (which waste management company to hire?), Lanoue outlined how the school governance teams would be chosen, and that they would begin “training” this summer.

The governance team members would be selected by teachers, and some by parents—3 each. The Athens-Clarke County police chief will appoint one police officer to each team or school.

All of those team members from each school would pick two more members from the neighborhood or local organizations. There would be an option to choose one or two more at-large members, and in the middle and high schools the principals would choose one student to serve on each team.

Lanoue said, “This is the very beginning of the process,” and details could change when public hearings (two are planned) are held..

This is all happening as Congressional committees are making changes to the Elementary and Secondary Education Act of 1965 reauthorization—Every Child Ready for College or Career Act of 2015 in the Senate and the Student Success Act in the House. Many of those changes are placing into Federal law opportunities for states and locales to initiate and solidify these very proposals—with Federal backing.

Georgia’s Republican governor, as mentioned earlier in this article, has proposed a state constitutional amendment to form an “Opportunity School District” that would allow the governor to appoint a superintendent to take over the direction of schools that are identified as “failing” for three years in a row.  This would put the control of those schools—20 per year can be stipulated as needful, up to 100 overall—in the hands of the governor’s office and appointees. They would report progress to the state board, but the board would not have governance over them. They could be turned into charters, closed, or given over to some other form of selective management. These types of proposals are being dealt with all over the country—Louisiana, Tennessee, Florida, Indiana, just to name a few states—and are presented in various forms and with different names. But the aims are the same—remove the control of schools from locally elected officials.

While locally elected officials are not always the most informed, having been forcefully trained to abide by the guidelines of the National School Board Association, they still are the closest representatives of local taxpayers and parents. There are efforts afoot to do away with local boards and districts under the auspices of ridding them of Common Core Standards. This is a ruse to change the governance structure and tax structure in order to have the funding follow the child as a voucher only slightly disguised as an Educational Savings Account (ESA).  This is especially promoted by the Heritage Foundation, Heartland Institute, American Principles Project and other neocon organizations.

Even Home School Legal Defense seems to have lost sight of why families want to home school—to do something different from what is happening in public school.  Michael Farris’s organization has been promoting legislation that would have homeschoolers using standardized tests—the SAT, ACT and PSAT—based on Common Core material, as indicators of annual academic progress. He has also engaged purportedly conservative Senator Grassley of Iowa (R) and Senator David Vitter of Lousiana (R) in putting forth S. 100, Home School Opportunities Make Education Sound Act of 2015, which would amend the Internal Revenue Code to allow homeschoolers to become involved in the ESA game in order to deduct their expenses for homeschooling. As anyone who has itemized one’s taxes knows, in order to claim a deduction for an item one has to have that item meet a standard set by the IRS. Since when have homeschoolers been anxious to have the IRS or any other Federal entity setting and measuring deductibility standards for what they are doing as homeschoolers? Since when has Michael Farris not understood that HSLDA is heading down the wrong path to promote such a thing?
We’ve allowed these plans to take precedence and are embracing Educational Savings Accounts (ESAs)/vouchers to pay for the dissolution of a system that has educated some of the finest and most productive minds in our country when we focused on academics and ethical behavior, the arts and physical education, and introductions to the applied arts. We educated citizens who had an appreciation for the freedoms we enjoyed in our society, and learned to get along with others in the process. We enjoyed a culture that was shared.

None of those things are accomplished by the propositions on the table at present. A system that calls its participants “human capital” and “assesses” its students to determine their worth to society cannot teach young people to respect themselves and others—something essential to a real, productive civilization.

Related posts:
WHAT? NOT AGAIN!
The School of the Hub
CHARTER SNOW BALL PICKING UP SPEED
Posted by Charlotte Iserbyt at 3:09 PM