Do We Want the Military Involved in Common Core?

UP TO THEIR SCRAMBLED EGGS IN ALLIGATORS!
Read Part 1 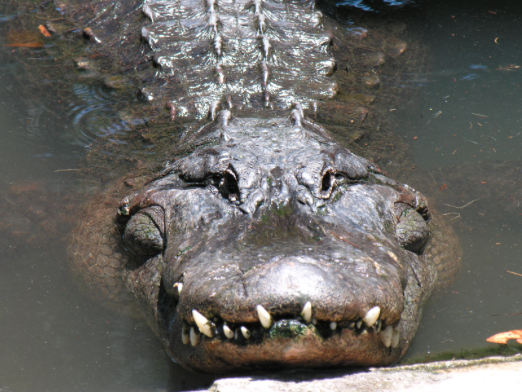 The United States military has been involved in U.S. education for many years. In fact, much of the  Individualized Education research (Skinnerian Mastery Learning/Direct Instruction/OBE/Effective Schools) used by the U.S. Dept. of Education in the 1980s came from the U.S. Department of Defense (especially the U.S. Navy)  in the 1950s and 1960s.

Here is some history of U.S. military involvement in our public schools:

(1) See the Broad Foundation, which has hugely funded education reform initiatives, in a 2009 press release HERE, and notice the title and the purpose: 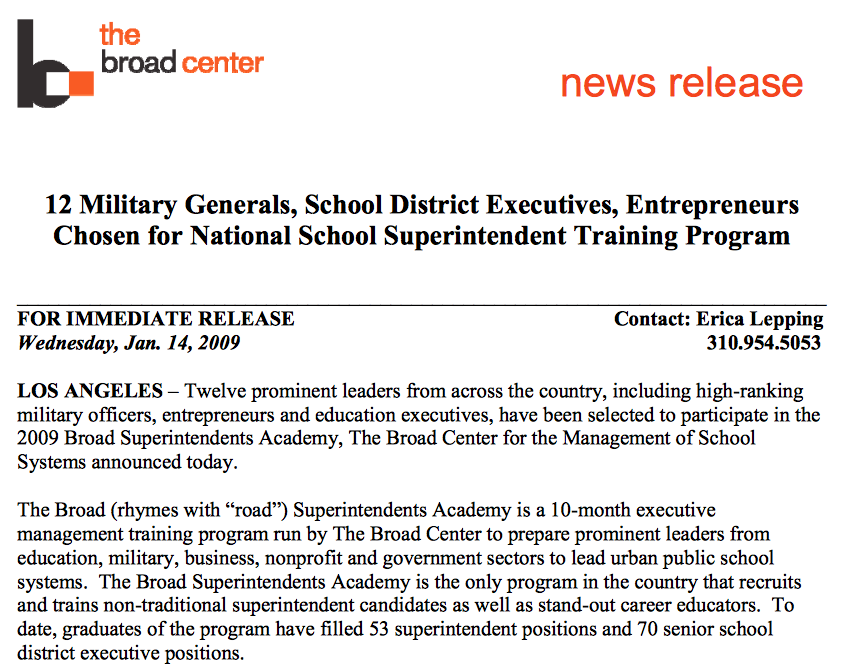 This year’s class also includes the highest number in the academy’s eight-year history of high-ranking military generals who want to make a difference in the field of public education. For example, the class includes a general who oversaw worldwide airlift, logistics and communications support for the president, vice president and other senior U.S. leaders and a brigadier general who served as deputy commanding general of the 10th Mountain Division and the Joint Task Force of 25,000 U.S. military members in Afghanistan.


(2)  Harvard Professor Anthony Oettinger of the Council on Foreign Relations delivered a speech in 1982 titled "Regulated Competition in the United States" in which he denigrated literacy as obsolete, "a product of nineteenth century economics and technology," and stated it was more important for people to "acquire the skills necessary to solve their problems." Here is the example he used:


A Congressman who visited one of my classes recently said, “We have such low-grade soldiers in the U.S. that we have to train them with comic books.” And an army captain in my class shot back: “What’s wrong with comic books? My people function.” [bold added, italics in original, excerpted from page 183 of my book]

(3) See this article: "Lt. General Marvin Covault Defends Common Core: "The Military Has a Vested Interest in This". We wrote about this event on the blog in a post titled Tragedy in the Making.

(4) JAMES BOND-TYPE OPERATIONS IN JACKSON, MISSISSIPPI! According to a very reliable source, Four-Star Generals were involved in the promotion of the Jackson, Mississippi Skinnerian/Mastery Learning Effective School research experiments in the late 1970s and early 1980s.  These 4-star generals were observed, over quite a period of time, getting in and out of black chauffeured limousines in front of a huge warehouse-type building in Jackson, delivering and picking up huge boxes, for what purpose, at that particular time, seemed quite a mystery.

The Effective School Report, a relatively unknown professional education journal covering the Skinnerian Mastery Learning/Direct Instruction movement worldwide, was originally written and  published in the basement of Robert Fortenberry, the Superintendent of Schools in Jackson, Mississippi. Fortenberry shipped the monthly reports to a Grand Central Station P.O. Box in New York City where it was mailed all over the world. To understand the earthshaking significance of this fact, please read all of the Effective School Report entries in my book, the deliberate dumbing down of america (see Index). President Reagan's Secretary of Education, T.H. Bell, subsequently served on the Board of Directors of Kelwynn, Inc., the Effective Schools training company which published the above-referenced The Effective School Report.  (This is reports in my book Back to Basics Reform or OBE...Skinnerian International Curiculum, page 8, available HERE as a free download.)

If one hasn't figured it out by now, "effective school research" is the term used for Skinnerian Mastery Learning/Direct Instruction, or Outcomes/Performance/Results based education.

(5) SKINNERIAN EXPERIMENTATION ON MINORITIES. Back in 1977 The District of Columbia's Associate Superintendent of Schools, Guines, told us all about this switch from what you know in your head (academics) to "what you can do/perform," recommended by the U.S. military,  and necessary for workforce training as well. Here is what we posted on the blog earlier related to this issue.


Are our children pigeons? Here is what Guines said, which was reported in an earlier post on this blog titled "Bombing Pigeons Used As Model for Training Children!":


“If you can train a pigeon to fly up there and press a button and set off a bomb... why can’t you teach human beings to behave in an effective and rational way? We know that we can modify human behavior. We’re not scared of that. This is the biggest thing that’s happening in education today.”

(6) So,  ought we to be  surprised  by the following video in which  another General, this time Maj. General James "Spider" Marks, supports COMMON CORE,  the new label for Skinnerian Outcomes Based Education?  Marks is simply repeating the words of General Covault (above) but wisely not referring to our children as human capital. Of course, we suspect that General Marks did not volunteer to make this Collaborative for Student Success video, but that he was urged (ordered?) to do so by the same Council on Foreign Relations, the corporations and/or the neoconservative Trotskyites who are all pushing the Common Core agenda as well as the tax-funded school "choice" agenda.

Here are some of  General Marks' rather benign comments from the Collaborative for Student Success video. Starting at the 0.59 second mark, he says,

"A military family moves three times more than  the average American family.  A service member might say "I am not going to put my children through this challenge of moving from  school district to school district.  Not just because of change, but because of inconsistent standards that exist between various  school districts.  Families confronted with that every day in the military.  That should not be part of their decision to make.  Whether we call it Common Core or whatever, I don't care.  We need to raise these standards.  Make them universal across education system; give our children opportunity to attain them and grow and achieve goals they want to achieve.  Let's give them a step up; I want to give them a leg up."

Note that military families are especially being targeted by this initiative. And note that one purpose may be to acquire more soldiers! Is this call for Common Core a recruitment initiative? One can see how the video is advertised before clicking the "play" button.
(7)  The most well-known General of them all, Colin Powell, is involved as well. In an article titled "Education Is the Currency That Matters," 9/10/12, Huffington Post, he and his wife Alma, who chair America's Promise Alliance, wrote

In Louisville, Ky., a six-time 100 Best winner, where just 27 percent of the population has a secondary education, the mayor's office and Metro Chamber of Commerce established a program called 55,000 Degrees to raise education levels in the city. Their goal: 40,000 more bachelor's degrees and 15,000 more associate degrees in their community by 2020. Their efforts don't stop there. To further instill a higher education culture, Louisville also redesigned its high schools to provide nurturing Freshmen Academies and smaller learning communities around five career themes. They also work with the business community to make college more affordable for students through grant and scholarship programs.

Powell's organization states: "The collective work of the Alliance involves keeping Five Promises to children and youth that form the conditions they need to achieve adult success." Promise #4 uses the familiar term "effective" that you read about in point 4 above. Always remember how they define "effective":

Related Posts:
Programmed Instruction: The Next Generation
Tragedy in the Making
UP TO THEIR SCRAMBLED EGGS IN ALLIGATORS!
Two Peas in a Pod?
Hooking Children to Computers
Posted by Charlotte Iserbyt at 4:56 PM