No Way ESEA!
Is it any wonder teachers are up in arms over computerized assessment, testing, etc.?

A horror story is unfolding about the Smarter Balanced Maine Educational Assessment was titled "Commissioner: State will look into Lewiston online testing concerns," in the Lewiston-Auburn Sun Journal in Maine, by Bonnie Washuk, Feb. 4, 2025:


AUBURN — The acting commissioner of the Maine Department of Education said Wednesday the DOE would look into complaints from Lewiston educators that a new online test students are scheduled to take this spring “doesn't work.” ...

During the Lewiston School Committee meeting Tuesday night, Lewiston Middle School teacher Brian Banton said that as teachers practiced the test on the iPad, “I was shocked to discover it doesn't work."

He told the School Committee that problems included math mistakes that coudn't be undone on the iPad, or multiplication symbols that didn't appear in problems. Lewiston Superintendent Bill Webster and Lewiston Middle School Principal Shawn Chabot agreed there were problems with not being able to see or understand test questions on iPad screens.


POLITICO had reported that "Schools in Maine have been testing the Smarter Balanced exams. Teachers in the town of Lewiston reported multiple problems while running through sample questions on their iPads. Acting Education Commissioner Tom Desjardins promised to look into the concerns. The Smarter Balanced field tests last spring also unearthed some issues, but the consortium reported that overall, school infrastructure and staff were well equipped to handle online testing." That Smarter Balanced report can be found by clicking HERE: 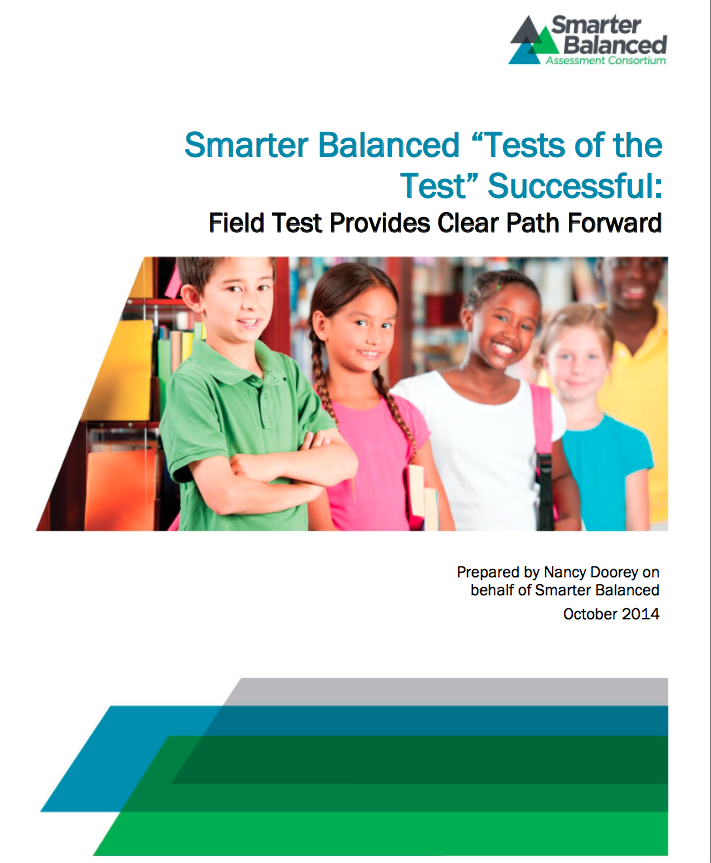 I found following quote in this publication, selected out of many pages. It is of particular interest since it tells the whole story which most people don't understand... in a very few words:

Traditional academic education NEVER called for  students being "able to do."  That means "perform like a rat or pigeon." This illustrates the influence of the Skinnerian/Pavlovian Outcome- and Performance- and Results Based School-to-Work TRAINING. Not education!!

Had this report not cost $4 million in taxpayers’ money, one could dismiss it as just another effort by the federal government to keep its education researchers occupied. Why would the government spend such an enormous amount of money on a government project describing the Soviet polytech system unless the government was considering putting the same polytech system in place in the United States?

Recent workforce training legislation in Congress does indeed call for the implementation
of the Soviet/German/Danish polytech system. Below is an indication of what children are being put through on these assessments, from pages 9-10 of the Smarter Balanced document. Note how this is being sugarcoated to cloak inherent socio-economic, physical and cultural bias. Also note the Performance Tasks paragraph: