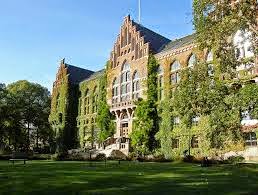 "Establish charter community college campuses,
with the freedom to experiment."

Rearranging Post Secondary schools to conform to workforce training instead of education is the name of this game. Some of us warned decades ago that charter schools, receiving government funding but not beholding to elected authority to be accountable for the tax dollars, would expand into other arena. Here's a next step to extend the concept of charter schools to community colleges.

The above quote comes from an article in the San Jose Mercury News, 2/6/15, by Sean Randolph titled "Reconsidering role of public higher education." In this article he states the education reform familiar mantra:


In today’s global economy, competitiveness is based on knowledge, and can’t be built on an undereducated work force. Nor is it acceptable that segments of our population be permanently relegated to lowwage jobs for lack of educational opportunity. Our future depends on the human capital we create — at the top end through research universities that generate technologies and graduates who can compete with the world’s best, and at all levels by providing a trained and flexible work force.

It is essential that California’s leaders — in business, government and education — reconsider the role of public higher education and how to support it. This will require not just increased funding, but innovation in how education is delivered — essentially a compact between government, schools, and citizens that critical funding will be provided, and in return quality education will be accessible to all California citizens.

The author suggests the regionalization of community colleges aligned to "workforce needs," emphasizes "outcomes," and to "implement a tracking from K-through employment"!!! There you have it in plain language. A blueprint for control, with students to be collateral as "human resources" with "limited learning for lifelong labor." Note that Obama has ratcheted up the rhetoric (and budget) for Community Colleges. See the POLITICO summary 2/15/15:

One of the members of our 3D Research Group has expressed additional concerns about this agenda. Below is her commentary and research regarding post-secondary education in America:

Students home-schooled to avoid today’s education will be in the minority.  How will they survive in a country where the system controls everything?  Homeschooling will temporarily side-step the indoctrination, but where will these students go when they cannot pass the attitude tests for college or employment?  We must find an answer.

On 1/4/2015, a caller on the Jeff Rense Radio show (listen HERE), which was presenting Charlotte Iserbyt and Anita Hoge on the topic of Communist education in America, stated that homeschooling seemed to be the only alternative to protect the children. Anita’s answer was something to the effect that we cannot abandon our country and turn our backs on trying to save the local school boards, as once they are gone we will lose our country. However, even though Anita was forced to homeschool her child, she has never given up trying to rectify education in America. So how does one solve this dilemma?

The solution might be two-fold. Homeschool, but also fight the system with all one’s might, as it is the only real hope for the future of America and our children. Why?

At a college prep school meeting for college and career planning, the bottom line that became evident was the sifting that is going on in the colleges. As more and more bright students apply to the best colleges, less and less are being admitted. What is the criteria for entry?

The New York Times ran an article titled "Best, Brightest and Rejected: Elite Colleges Turn Away Up to 95%," by RICHARD PÉREZ-PEÑA, April 8, 2014:
It was stated that in order to get into these colleges and universities a 4 point grade average and high SAT scores are not enough.  These institutions are also looking for leadership, group activities, records of service, extra curricula activities, sports etc. (In other words Super-Kid).

How much of pushing of high school students into  community service and all of the other time-grabbing programs to divert from studies may not really count towards getting into college, but instead is a ploy to indoctrinate and control the student and his time (away from the family)

A similar article by Matt Schifrin was published on 08/04/14 in Forbes titled "Top 100 SAT Scores Ranking: Which Colleges Have The Brightest Kids?"

Either way, isn't it s a lose-lose situation? High Schools seemed to be committed to the “grit and tenacity” agenda of pushing the student to the breaking point. So where would one go with their bright, non-indoctrinated, homeschooled student after graduation from grade 12? This student will not fit the Common Core "collective" profile. (And, as Anita pointed out, the GED’s are now geared to Common Core)

Why would a God-fearing, Country-loving student be accepted when a college has scads of bright students who fit the “proper” description of the mandated, governmental assessed and controlled student? This student fits the correct profile and has had his soul pledged to the “company store”!

Who, then, will accept the homeschooled students into the top and more desirable institutes of higher education? Most importantly who will, then, hire them?  Won’t businesses be regulated to only hire graduates with the “proper” attitude profile?   How many students who love God and country will fit the global UN, UNESCO requirements for “widget” employees, who will never be able to think outside the global box?

Unless we can restore and reclaim our religious education institutions and start up other traditional institutes of higher education, and then create a parallel world in order to supply jobs for homeschooled youth, we’d better try and save what we have.