The Silence on ESEA is Deafening!

No Way, ESEA!
Conservative Traitors and How They Deceive 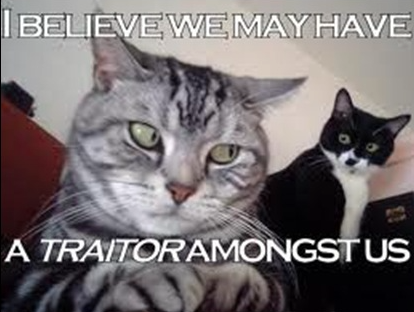 
The conservative Washington, D.C.-based American Principles in Action (APIA) is urging Congress to oppose the Strengthening Education Through Research Act (SETRA), which the group states would extend federal psychological profiling of children through increased research on “social and emotional learning.”


MY HEAD IS SPINNING! According to this Breitbart article, Jane Robbins and Emmett McGroarty of the American Principles Project put out an alert:


“SETRA is dangerous legislation that would expand federal psychological profiling of children through expanding research on ‘social and emotional learning,’” asserts Jane Robbins, senior fellow at American Principles in Action. “It would facilitate sharing of education statistics across states and agencies. It would continue to rely on the now-gutted FERPA statute to protect student data. SETRA must be defeated to protect student privacy rights.” 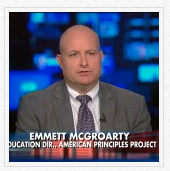 
Emmett McGroarty, Director of Education at American Principles in Action, said, “Leadership is betraying the Constitution and the American people by rushing this bill through. Having so blithely disrespected the American people, it is difficult to see how they will ever regain their trust.”

Emmett McGroarty and the whole American Principles Project group should be added to my conservative traitor list! This blog will continue to add these traitors as they come on (at the last moment) to oppose two bills the blog has been exposing for months. Not because I or my blog, which receive no financial support whatsoever, feels personally offended, but because these people, had they lived during the American Revolution, would have been called turncoats!

On the one hand they support killing the Constitution (by not opposing HR 5, the House version of the ESEA) which will be voted on February 27. And with the other hand they pretend to oppose HR 4366 and S 227, designed to kill the Constitution.

Where have Emmett McGroarty, Jane Robbins, et al been while my blog, containing all of Anita Hoge's brilliant research going back 25 years, opposed the Reauthorization of ESEA (HR 5) and Sen. Lamar Alexander's version of the ESEA bill? Where have they been while the numerous grassroots researchers tried to explain to the nation the unconstitutional nature of the Alexander and Kline bills?

How dare they pretend now to oppose HR 4366, and get publicity for it, a bill which contains many of the controversial elements of HR 5 and Sen. Alexander's bill? 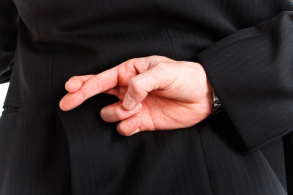 How dare they come on board at this time? Are they REALLY on board? They cannot be trusted!

When will the good parents and taxpayers understand how they have been used by these so-called conservative groups? When will people stop sending huge checks to these groups to "preserve" the Constitution, the very Constitution these groups have are allowing to be gutted by HR 5 and Alexander's bill?

Show me American Principles Project's alerts opposing HR 5, Rep.  John Kline's bill, or opposing Senator Lamar Alexander's Reauthorization of the ESEA. Both bills contain much, if not all, of what Robbins and McGroarty  are complaining about in S. 227.


This is a very clever and deceptive strategy. Look for other conservative traitors to latch onto the same trick. It makes them appear that they are fighting something, when in fact they are ignoring the Reauthorization of the ESEA.

Read more:
How the Mighty Have Fallen
Unresponsive Elected Officials?
While We Were Sleeping
WE ARE AT WAR!
EVEN BEFORE ESEA HAS BEEN REAUTHORIZED—
Facts regarding Tax-funded School "Choice"
Posted by Charlotte Iserbyt at 4:58 PM