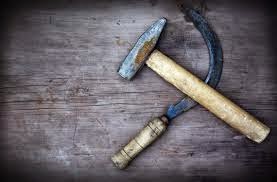 The present Community School movement was formerly called the Community Education movement. This is the Womb-to-Tomb movement.

For more information, go to AmericanDeception.com and type "Feld" into search box for superb paper by Jil Wilson and the late Ruth Feld on Community Education, written in the 1980s.  It contains mostly quotes from important papers/books written by leading community educators and proponents of the unelected council form of government concept.

The Feld paper was written long before UN Agenda 21 came along and, in my opinion, the Community Education system described by Feld and Wilson was the forerunner of UN Agenda  21. Education is at the core of UN Agenda 21 (because it will in the future be lifelong, with all those implications). This important paper is also available at http://www.deliberatedumbingdown.com, click on  Exposing the Global Road to Ruin, Disc #8 (CD), Written Submissions/Feld/Community Education Expose.

One of  the nation's most highly respected education researchers attended a Community Education conference in Washington, D.C. in the 1970s.  The facilitator leading the conference, in response to a question from a community educator in the audience, stated that Community Education is the Chinese/Soviet system of education.

For more information, see the many other previous posts on this blog that have covered this topic in detail:

Posted by Charlotte Iserbyt at 4:37 PM