No Way, ESEA!
Some background and history to this outrageous incident in Collier County, Florida

Everyone keeps forwarding this video to me.  I ignored it initially but am so tired of receiving it in my email I decided to write a post for my blog. Read the article "Video of the Day – Watch as Florida Parents are Treated Like Children for Questioning School Curriculum," and watch the video. Here is a brief summary of its contents:


David Bolduc... who is a resident of Naples, Florida recently sent me a note highlighting a video in which he, and several other concerned parents, were reprimanded and treated like little children in a School Board Workshop as a result of them expressing concerns about school curriculum.


To these outstanding and courageous Florida parents, I say, "Welcome to the club!"

IT IS VITAL FOR GOOD PARENTS, NEW TO THE BATTLE, TO UNDERSTAND A BIT OF HISTORY REGARDING THIS BATTLE AND WHO FOUGHT IT, HOW, AND WHO DID NOTHING TO HELP FIGHT IT. 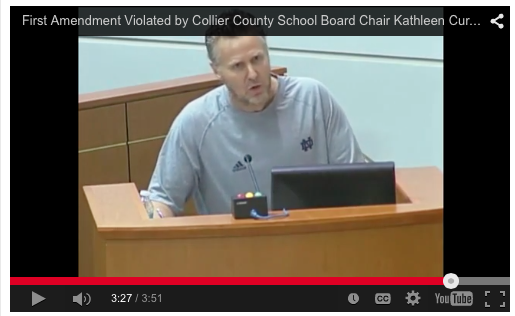 As an elected school board member in 1978 I visited my son's third grade classroom, simply to see how he was doing. I didn't interrupt anything going on. Just sat in the corner and was able to observe that my son was not doing all that well.

That very day I, an elected official, was called into the Superintendent's Office, during which the Chairperson of the School Board and the head of the teachers' union berated me for having visited the classroom without permission! The accusations regarding my visit were so "off the wall" I was reduced to tears. Part of our job as board members was to occasionally visit classrooms.

What a horrible experience when the incident was reported to the controlled press, which hated me, and the Leftists/Communists in our small town came down on me with horrendous letters to the editor, etc. (This wasn't the only time I was called into a small room to be interrogated about something I had done as a legitimate part of my job as a school board member.) This, by the way, is a Communist tactic, in case there are people out there who have not studied the Alinskyan "how" of controlling the community, and been subjected to it.

In regard to incidents young parents are now experiencing that areas horrendous as what we tired soldiers experienced from 1975 to the present.

In 1979 Maine introduced its  K-12 State Health Education Program, which required 12th graders  to understand the three types of sexual intercourse, including with animals. It was called "The Berkeley (CA) Model" ... of course. This particularly obnoxious "standard" caused Bettina Dobbs and me to form Guardians of Education for Maine (GEM), which did great things from 1979 to 2000, mostly due to Bettina I must add. 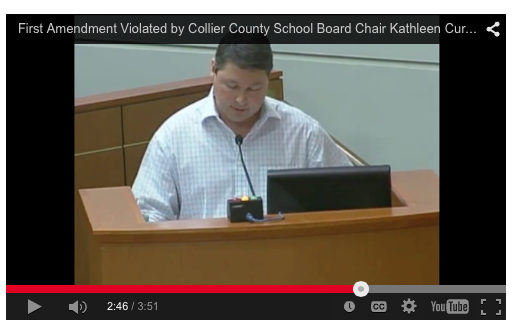 Even the Commissioner of Education at the time couldn't look us in the eye. He just put his head on his desk for at least one minute when we showed him the  page out of the curriculum regarding the above standard. He  did take action by getting a memo out to all Superintendents in Maine Districts urging them not to ever include such an outrageous  standard in the curriculum. That was shortly before we parents and some public school teachers worked to get regulations approved for the Protection of Pupil Rights Amendment. By the way, we did this with no help from any conservative tax-exempt foundation!!!!

And the young'uns involved in fighting Common Core and all the things going on right now think the situation is somehow new! No, sadly it isn't new.

Back then we hung in, persevered, and went in their faces, ran for office again and again, often won, occasionally changed things, wrote booklets, pamphlets. No one landed in jail, as far as I can recall, but we sure put holes in our family budgets. Some activist board members' tires were deliberately slit by the enemy, hoping to cause car accidents. Anita Hoge, whose name is carefully omitted from neoconservative lists of education experts (especially "their" recent Johnny-Come-Lately alerts to stop HR 5), won a case against the Pennsylvania Dept of Education, under the federal law The Protection of Pupil Rights Amendment. An historic event for which she has received nearly zero acclamation. 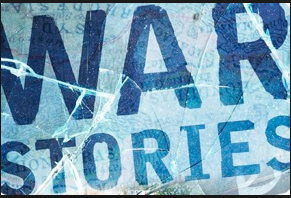 I remember a conversation with Anita Hoge in the 1990s when she informed me her phone bills were running $1000 a month, and I was able to almost match her by saying mine were running $950 a month! In other words, neither one of us genuine grassroots activists were receiving a dime from the "controlled" Right. In fact, much credit must go to those sweet grandmothers who quietly handed us $20 bills after we spoke, just to help us out, telling us, "You are in my prayers."

All the major neoconservative groups who have been heavily funding the concerned parents fighting Common Core, while studiously avoiding the Trojan Horse (charter schools with unelected boards),  knew about all the atrocities in the schools from 1965-2000, and of efforts by persons and groups like GEM, but did nothing to help us. Unless their  assistance was geared  to getting control of those good parents. The reader can figure out which groups I am referring to. 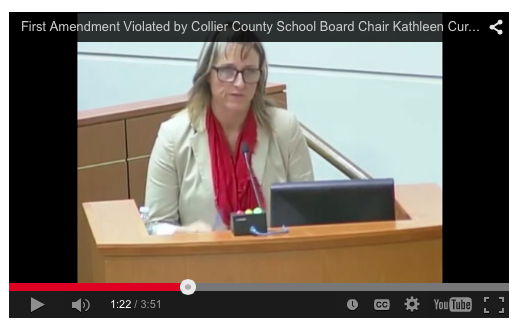 The above remarkable Americans (persons and groups) were responsible for the call to abolish the U.S. Dept. of Education in 1980, and in getting regulations to enforce The Protection of Pupil Rights Amendment (PPRA) in 1985, and in trying to expose President Reagan's signing of the United States-Soviet Education Agreement in 1985, which merged the two countries' education  systems. These individuals, many of them "Moms," raised $5000 (out of their grocery budgets) to put a one-page ad in The Washington Times which covered not only what President Reagan had done but the Carnegie Corporation-Soviet Academy of Science Agreement, which dealt with joint development of  computer course ware in Marxist critical thinking for early elementary school children.

Isn't it interesting that none of  the above individuals and small rag-tag groups was offered or  received one single penny from any one person or any national group? Of course, we wouldn't have accepted their financial help anyhow since it was "tax exempt" and we knew the dangers of taking that money.

The so-called national "conservative" groups and people, still active today, couldn't have cared less about attacking the very unconstitutional, treasonoous, nation-destroying programs back then. Not one of them, not even the American Legion, opposed the Reagan-Gorbachev Education Agreement of 1985 which merged the United States and Soviet Education systems... until long "after-the-fact" in order to cover their tracks, and assure continued funding from innocent Americans who believed in their tear-jerking, patriotic fund-raising  letters! Of interest is the fact that the Maine branch of the American Legion did vote unanimously to have the agreements cancelled! I have a file drawer full of responses from these so-called conservative groups (pathetic excuses for doing nothing) to my plea for them to help us cancel the Reagan-Gorbachev/Carnegie-Soviet Academy of Science Agreement (in effect TODAY), to be fully implemented under HR 5 and Senator Alexander's Companion bill.

Here, in a capsule, is the origin of legislation being presented in Congress today, such as Rep. John Kline's HR 5 and Senator Alexander's companion bill. On July 18, 1961, Congressman John Ashbrook delivered a speech before Congress, “The Myth of Federal Aid to Education without Control,” (Congressional Record: pp. 11868–11880). His very important speech documented and exposed the plans for the internationalization and transformation of American education, and a good section of it is reproduced on my blog in the post "The ESEA Power Grab":

I had bolded the above words due to the neoconservative efforts in 2015 to do away with local control through tax-funded school choice/ charter schools with unelected boards. (See HR 5 and Senator Alexander's companion bill). The neoconservative leaders obviously are carrying out the goals of the internationalists in the 1960s, 1970s, 1980s, and up to 2015! Shame on them!

Attached to the 1961 Congressional Committee’s report were appendices from which the following quotation is taken. Do Americans not see that in order to return to sanity and focus on academics in education, the excellent system we had pre-1965, we MUST abolish the U.S. Department of Education! Nothing less will cure the problem... nothing!

WHY HAVE WE NOT HEARD ONE MURMUR  FROM THESE PHONY CONSERVATIVE GROUPS IN REGARD TO ABOLISHING THE DEPARTMENT OF EDUCATION? Is it because they need it to accomplish their nefarious objectives outlined below, outlined in the 1961 Committee's report?

Appendix B
The Mission of the Office of Education in the 1960s
The schools of tomorrow must prepare their students for living in a world of continuous and rapid change, presenting them with unprecedented social, economic, and political problems. We must, in fact, give to education a character that will initiate and support a process of lifelong learning if Americans are to keep abreast of the accelerating advent of new knowledge and of the increasing complexity of modern life. These prospective conditions are already suggested in part by the rapidly increasing demand for highly specialized and professional skills. During the coming decade, new means must be developed for identifying and releasing student potential; curriculums will have to undergo continual reshaping and upgrading; and new techniques and tools of instruction will have to be developed.…


• Education is basic to effort to bring about an enduringly peaceful world.
• Next decade will bring closer and multiple relationships with Ministries of Education abroad and international organizations, such as UNESCO, the Organization of American States, International Bureau of Education.
• Variations among States and school districts in standards of instruction, facilities, staff, and services expose serious inadequacies. Our progress toward the ideal of equality of educational opportunity is tragically uneven.
• In the area of international educational cooperation, in particular, it must play the major role, since only the Federal Government can enter into agreements with other governments. Along with these responsibilities should be included that of stimulating and participating activity in the process of formulation, examination, and reformulation of the goals of our national society in terms of educational objectives.
• The development of uniform, consistent and compatible statistical data in all States and in all institutions of higher education will call for both technical and financial assistance to these sources from the Office of Education….
• Economists, sociologists, and other social scientists will be needed on the staff to assist in dealing with educational problems in their total context.

I do believe that if John Ashbrook were alive today he would be shaking his head in disbelief over the fact NOT ONE SINGLE ONE OF THESE TAX-EXEMPT GROUPS  has launched an effort as well-funded as their effort to kill Common Core. Not one of these groups return education to the local level, hiring only teachers educated in academics and basic skills. But, all of you new citizen activists please remember: NOTHING ELSE but true local control, ABSOLUTELY NOTHING ELSE, WILL CURE THE EDUCATION CANCER.

Read more about these issues:
The Elephant in the Room
The Silence on ESEA is Deafening!
The REAL Agenda Behind Abolishing the U.S. Dept. of Education
Common Core Trotskyites

Posted by Charlotte Iserbyt at 4:54 PM