The Elephant in the Room

No Way, ESEA!
What the Conservatives Won't Tell You About the ESEA... AND THEIR SNOW JOB ON AMERICANS! (As if we need more snow!)

Neoconservative opposition to Rep. John Kline's H.R. 5 (Student Success Act) and Senator Lamar Alexander's companion bill, is popping up all over, interestingly enough the very day H.R. 5 was originally scheduled for a vote, Tuesday, February  24! (It is now re-scheduled for Friday, February 27.) See the article published Tuesday in the New American, a publication of the John Birch Society.
Here is a key question, taking notice of the late date of this article's publication:

Those of us who have exposed these dangerous pieces of legislation and who have been working day and night to kill these bad bills should be pleased indeed that this blog has apparently caused such a ruckus across the country. We have been publishing constant alerts exposing the horrible language in the Reauthorization of the ESEA bills. Perhaps burgeoning true grassroots citizen awareness in America has FORCED these traitors to come out of their holes and pretend to expose HR 5 and take some sort of a position against it. Ask yourself again:
Those groups finally coming out of their well-funded neoconservative holes, who not once took a stand against Rep. Kline's HR 5 and Senator Alexander's companion bills (which are Constitution-busting legislation), are not friends of America, and are not to be trusted ever again. Ask the following important questions:
It is just like the story of the blind men and the elephant. Each different conservative group finds a little spot they don't like on the bill and then claims that their language will "fix" the problem. They notify their sycophants that their little tweak on the bill will patch it up and make it a good bill that everyone can support... so please send them money right away so that they can fight this little smidgeon of a spot of badness on the bill. All the while they fail to tell their followers about the WHOLE BAD BILL still standing in the room, with its comprehensive irreparable problems! 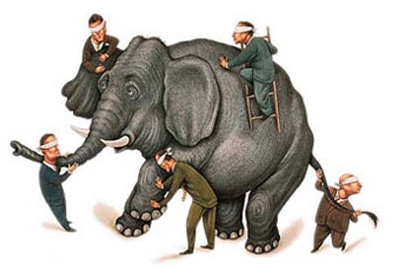 If there is one important result to come out of their deception, it will be that Americans, never again will put their trust in these phony groups, whose goal is simply to line their pockets with Americans' hard-earned contributions to advance their agenda which, if you study it, conforms precisely to the Democrats leftist/globalist agenda! (Phony "choice," charter schools, workforce training, etc.) Read my blog post about Reed Hastings of Netflix remarks "Charters Kill True Choice." Have these groups even listened to his speech and grasped its horrifying ramifications? How can they continue to support this agenda?

When this blog found out about the bills we started calling for Americans to contact their Congressmen and Senators to vote NO. Sadly, opposition from these phony conservative groups was missing early on when it could have made an enormous difference to stop this bill. Their participation very likely could have killed it due to the hundreds of millions of tax-exempt dollars in their war chests. Which raises another disturbing question:

Their silence is so astonishing and mind-boggling that there can be no other rational reason for their truncated opposition to the bill, their complicity, compromises, stalling, telling partial truths, obfuscating, ignorance of the facts, deceptions, etc. We suspect that their coffers are loaded up with cash by the charter "choice" empire burgeoning across America. After all, it is this "choice" agenda that is the common denominator of all of the conservative groups that are compromising away our freedoms.

We are disappointed that this New American article did not mention my blog nor Anita Hoge's excellent alerts the past few months that have been repeatedly posted over and over again warning about these bills. Sadly Anita Hoge's brilliant research has been ignored for over 25 years by these "controlled" conservatives. 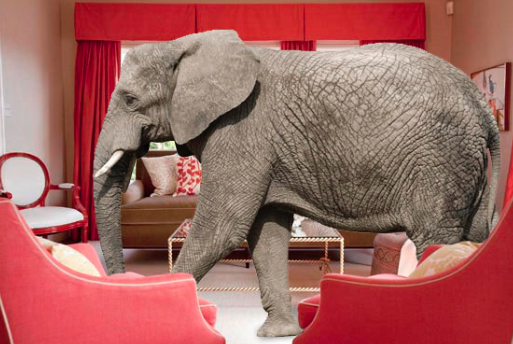 In fact, the John Birch Society has studiously avoided the efforts of the researchers I work with. And they have avoided my warnings to them personally about the dangers of tax-funded school choice/charters with unelected school boards, and more recently about the dangers of HR 5. I have been in touch with leaders of the JBS many times over the past two years, pleading for JBS support in exposing the neoconservatives in their anti-American agenda. They have studiously avoided giving me an answer to any of my questions. Why is this? Again, the question must be raised:

Are good Americans going to continue to support the following Johnny-Come-Lately bleeding heart conservative persons and groups, some listed in the excerpts below, who have suddenly come to the table too late, the day of the vote? Please read the following excerpts taken from the New American article to understand the depths of this MISINFORMATION and PARTIAL INFORMATION about the actual factual details contained in this bill:


The Student Success Act, which passed out of House committee without any Democrat support on February 11, is expected to be voted on soon by the full House of Representatives. If approved, it will cost taxpayers over $23 billion per year.

However, analysts say the worst amendments to the bill were successfully defeated, and that there may be some positive elements to the legislation. For example, according to an analysis of the bill by Dr. Karen Effrem, president of Education Liberty Watch, which opposes it, the legislation prohibits the secretary of education from “incentivizing” or “coercing” states into adopting standards or tests. “It is important for preventing future disasters like Common Core,” Effrem said.

Another provision of the bill would reportedly prevent D.C. from vacuuming up private data on students if it is “personally identifiable” — something that was already illegal but which the Obama administration did anyway by lawlessly re-writing privacy protection laws and bribing states.... 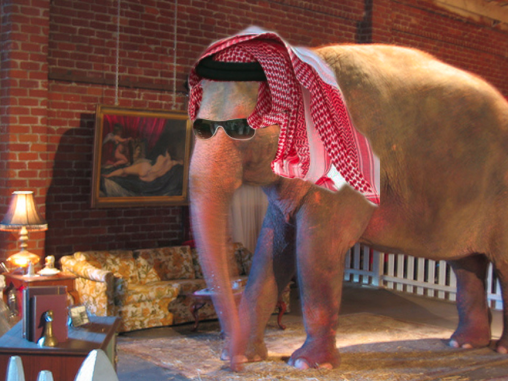 The outcry against the bill is growing across the political spectrum. A coalition of prominent education experts including Lindsey Burke, Williamson Evers, Theodor Rebarber, Sandra Stotsky, and Ze’ev Wurman, for example, released a recent statement arguing that the bill did not return control over education policy to where it belongs....

In an analysis of the legislation dubbed “No Program Left Behind,” Lindsey Burke, an education policy fellow at the Heritage Foundation, blasted the fact that virtually every federal education scheme remains alive in the bill....

Read more about the facts of this bill:
The Silence on ESEA is Deafening!
How the Mighty Have Fallen
ESEA contact with your Legislators
Posted by Charlotte Iserbyt at 11:37 AM