Federal ESEA Reauthorization has its eye on Finland.

Finland and her people are no strangers to war. However, all these events predate the so-called “welfare state” that later emerged. This change turned a once strong and proud nation to a shadow of its former self.(Source)


You can be pretty sure education change agent Tony Wagner has been invited to make his Communist presentation recommending the Communist Finnish education model in your state. I have been following Wagner since the early 1980s. See the previous blog posts on Wagner:


Below is a report titled "OUR COMMON FUHRER or FINLAND FABLES told by NANNY NEOCONS" by 3D researchers Mari & Ollie:

The voucher system in narcissistic psycho/socialist mini countries, Finland and Sweden, is the model for ESEA Reauthorization.

From an article titled "Finland’s Welfare State Model Holds The Interests Of Terrorists Above Its Own People," a disgruntled Finn remarks:


This and other similar studies, which have since been deleted, highlight the problem of too-lavish benefits. As expenses such as accommodation, food, and even hobbies are paid for by the welfare state, why would an individual get a job anyway? Unfortunately, such is the reality of the modern Nordic welfare state; foreign nationals are valued higher than the native population whose labor pays for the lifestyle of these higher value individuals. [bold added] 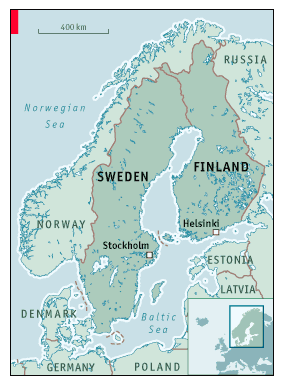 And similarly in America, scan the following article "USDA FLYER: WE DON'T CHECK IMMIGRATION STATUS FOR FOOD STAMPS," described as:


A government watchdog group has discovered that the United States government is advising Spanish-speaking residents that they need not declare their immigration status to qualify for food stamps. [bold in original]


In the following The Economist article, "Education in Sweden and Finland: Our friends in the north," one can read how Finland and Sweden are held up to be the model:


Copying Finland seems to be the name of the game: more teacher training, and lots of special-needs teaching. [bold added]

This socialist system has proven to cause societal degradation, yet can be seen as the MODEL for International Socialism globally in the name of Community, Equity, Environmentalism and Interdependence. This is the model which we see today in Lamar Alexander's bill to Reauthorize the ESEA. Advancing the agenda for voucher's and charters, just like Finland.

Remember the report, "Report of the World Commission on Environment andDevelopment: Our Common Future," by Gro Harlem Brundtland, buddy of Hillary Clinton?


Our Common Future is also known as the Brundtland Report in recognition of former Norwegian Prime Minister Gro Harlem Brundtland's role as Chair of the World Commission on Environment and Development. (Source) 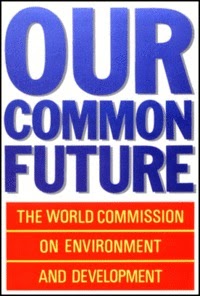 See also this link at the Council on Foreign Relations website: "Report of the World Commission on Environment and Development: Our Common Future (Brundtland Report)":


This UN report on sustainable development was released in March 1987. The foreward, by Chairman Gro Harlem Brundtland, states,

"A global agenda for change" - this was what the World Commission on Environment and Development was asked to formulate. It was an urgent call by the General Assembly of the United Nations:


Back to The Economist article. It begins:


THE best schools in the world, it is generally agreed, are in Finland. In the OECD's Programme for International Student Assessment (PISA) studies, which compare 15-year-olds' reading, mathematics and science abilities in more than 50 countries, it routinely comes top. So politicians, academics, think-tankers and teachers from all over the world visit Finnish schools in the hope of discovering the magic ingredient.

Finn's can read better? Really? Bigger words? Really? But what books do they read? What have they invented? What jobs do they hold? And their population as compared to the U.S.?  Finland, size of Manhattan. And the mini populations oppressed by Muslim immigration condoned by the state? They are trapped. The author of this article, trying to be positive, expresses some skepticism and doubts about the great results. Doesn't the following raise some red flags?


One thing surprises me: the number of children being taught in “special education” classes. I am used to children with learning difficulties being integrated into mainstream classes whenever possible. But in Finland, large numbers, including many with behavioural difficulties rather than more strictly medical problems, are taught separately.

THE OECD's PISA studies are exhibit A for the excellence of Finland's schools. Finland routinely comes top, or occasionally second, in tests every three years of 15-year-olds' abilities in reading, mathematics and science. It is impressive, but the suspicious-minded (or perhaps just the begrudgers?) wonder if it is really all down to brilliant schools.


Read the entire report to see how the numbers are fundamentally skewed. We are reminded of a Forbes report that divulged similar statistical shenanigans in America, "Contrary To Reports US Urban Child Poverty Is Not Above 50%; Actually, It Hardly Exists."

Is this what we want? It seems the propaganda is all there is. When logically assessed it is nothing more than a tool of demoralization for Americans and a tool of narcissism (control) for the Finnish people and a dialectic process for "change." Yes, "Our Common Future" lays out the "Global Agenda for Change."

So there you go. Vouchers and charters can be traced to this. As well as the PISA score-driven propaganda about Finland! The magic is in the propaganda and skewed data!

Here is a propaganda blog for Finnish system:


Not all parents take more than the initial year off, either wanting to work or needing the income. The crucial difference is that they have a choice.


The " choice" is a deception. You can choose one or two or three years off to raise your child. But not 4 years. The government welfare only doles out for up to 3 years. That's the CHOICE, as it is compared on the blog to Scotland. The welfare trap versus paying for yourself. Freedom. "Living Standards" decisions made by the STATE versus you, the individual.

We all make sacrifices to raise our families. But this "attitude" is altered by STATE INTERVENTION EDUCATION methods used to get kids early-on to conform to the STATE-imposed RIGHTS of citizens to entitlement of all to EQUAL LIVING STANDARDS. Standards set by the STATE. Your rights according to GRO HARLEM BRUNTLAND and Hillary CLINTON, et al.

And then this from the Demos Helsinki webpage, "Sustainable growth replaced the welfare state":

In a highly developed country like Finland with an educated population, growth cannot be pursued at all costs, and limitations related to human wellbeing and the physical capacity of the planet need to be taken seriously. This is also on the wish list of the Finns themselves: the fourth Finnish attitude survey published by the Finnish Business and Policy Forum (EVA) in 2014 reveals that three fourths of Finnish people considers the welfare state worthy of its cost, and over two thirds believes that current style economic growth is detrimental to both nature and the human kind in the long run. [emphasis added]

Okay, so whether this is data-skewing or truth-telling it points to a brainwashed isolated oppressed culture. THIS IS THE RESULT of the Welfare SYSTEM.

Vouchers are false choice when bundled with mandatory standards. The core idea of voucher system to create competition is good, like private schools, but the hidden handcuffs are in the legislation tying it to other legislation which makes it welfare with mandated standards across the board, and data collection to force any agenda they want.

Why would we want to emulate FINLAND? America, the greatest, richest, smartest, most generous, free country in the world?!


The idea of sustainable growth comes very close to sustainable development, which has been on the table since the 1980s. Its definition originates from the Brundtland Commission report Our Common Future. Its guiding principle is increasing the living standards of the poorest section of world population without infringing upon the opportunities of future generations....

Since the 1970s, all political parties have unanimously agreed that the Nordic welfare model is one of the strengths of the Finnish society, and that its protection and enhancement may justify certain political reforms. The Finnish welfare state is traditionally synonymous with a strong interventionist state that levels the inequalities of welfare between citizens and smooths out risks related to different phases of life. Although differing views on the means (and to some extent ends) exist, no party has questioned the value base and principles of the welfare state.

Political parties are unanimous in thinking that strong economic growth and the welfare state are interdependent. According to many a politician maintaining growth is a crucial part of welfare policy: wealth has to be created before it can be dealt. In this way the turn from prioritising the welfare state to prioritising sustainable growth may seem like a small shift in the focus of the related wording.[bold added]


Wealth being created to "be dealt" is where business comes in with CHARTERS. And TAXATION to cover VOUCHERS. And here is what that The Economist article says about Sweden:


In the 1990s it opened its state-education system to private competition, allowing new schools to receive the same amount for each pupil as the state would have spent on that child.


“I learned there must be other ways to do things than those the state has decided are right, especially in a country like Sweden where the state is so large...” [bold added]

That is when you know they are brainwashed beyond repair. The ladies from The People LLC made a really important statement on the Caravan to Midnight interview recently when they said that we in the US are repeatedly told that the U.S. is lagging behind other developed nations in education but that  this is an Orwellian manipulation of facts.

Yes, the U.S. is lagging behind nations like Finland, Sweden, Norway and China and Germany in education Standards if what we are measuring as Excellence or Competence is UNESCO-driven Performance Standards -- and not actual academic knowledge.

And THANK GOODNESS for it. Not enough of us here have conformed to the zombified, group think OUTCOMES of the totalitarian UNESCO brainwash system.

This is something that needs to be drilled home to parents and citizens everywhere. Every time we hear that "We are Lagging" meme we need to remember that we are not comparing Apples to Apples as most honest people assume.

Related Posts:
Spilling the Beans About Education Reform
Communism is NOT Dead!
CHARTERS in the ESEA Re-authorization Bill!!!
Posted by Charlotte Iserbyt at 1:47 PM