While We Were Sleeping 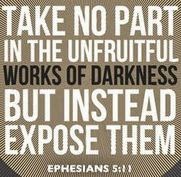 Up until 1983, the education system in the United States was the envy of every nation in the world.

However, with the release of the report, “A Nation at Risk”, in that same year, our elected officials and their special interest partners had convinced the entire country that this very same education system was suddenly “failing”.  Their bogus report sparked an aggressive movement to fundamentally transform education and education funding in the United States.

Without question, the states followed the directives of the federal government as governor after governor accepted grant after grant which mandated severe changes to the way children would be educated.  Terms like "accountability," "standards," "assessment" and "workforce training" became popular among elected officials.


In 1996, the National Governors Association (NGA) and its business partners formed Achieve, Inc. with the goal of creating national standards, assessments and systems of accountability.  Louisiana was at the forefront of the states in the race to reform and, in 1997, adopted its Content Standards and Benchmarks.

In 2001, Achieve, Inc. joined forces with the Thomas B. Fordham Institute "to launch the American Diploma Project (ADP) to identify the 'must have' knowledge and skills most demanded by higher education and employers." Research professor, Diane Ravitch,  was serving on the board of Fordham at the time (1996-2009) and is a Trustee Emerita of the institute: 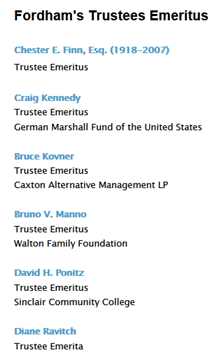 In 2003, our Grade Level Expectations (GLEs) were in place and aligned with Achieve, Inc.’s view of what every student should know by the end of each grade level.  These standards were created by unelected committees of Louisiana educators and national experts while being overseen by the Council of Chief State School Officers (CCSSO).  The CCSSO would later partner with the NGA and Achieve, Inc. in overseeing the development of the Common Core State Standards which are 90+% the same as the GLEs.

By 2004, education reform was on a fast track due, in part, to the work of Dr. Sandra Stotsky who had been employed by the Thomas B. Fordham Institute, as well as, by Achieve, Inc.:


“I reviewed all states' English Language Arts standards for the Thomas B. Fordham Institute in 1997, 2000, and 2005. I co-authored Achieve, Inc.'s American Diploma Project high school exit test standards for English in 2004.”  [Dr. Stotsky’s testimony before the Missouri legislature, 2010] 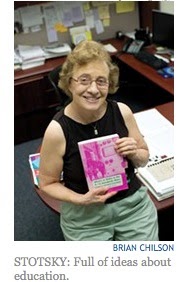 Although no one had provided proof that any of the reforms were actually working in our state; and, even though Louisiana was still ranked 49th out of 50, our elected officials stayed the course:

In 2004, The Commission on High School Redesign was created by Governor Blanco in order to redesign high school curriculum to “help the state…by delivering a ready-made work force.” [Community College Week, Nov. 8, 2004]

BESE and the Board of Regents appointed thirty-six “stakeholder” groups to serve on the unelected commission.  Louisiana bureaucrats (LA Workforce Commission and an assistant from the former LA Dept. of Labor), teachers, administrators, PTA, union representatives (LFT, LAE, APEL, AFL-CIO), business stakeholders (PAR, CABL, LABI) and even a 2004 high school graduate made up the unelected commission.  Its name has since been changed to the “College and Career Readiness Commission” and continues to meet regularly. 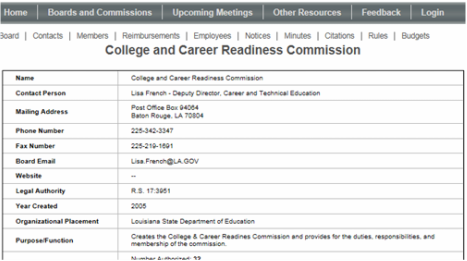 The unelected commission’s first meeting was held on Oct. 10, 2004 and proved to be eventful:

Then State Superintendent of Education, Cecil J. Picard, stressed the need for design efforts to focus on, among other things, "rigor;" while, "Dr. Savoie (Committee Chair) stressed the need for schools to produce more citizens who are self-sufficient."  It was another member, Dr. Willard Daggett, President of the International Center of Leadership Education, however, who, according to Chair Linda Johnson (BESE) “provided the tone for the commission” with these remarks:
He spoke also about the importance of “rigor” and “emphasized the need for the Commission to look to future technology and workforce trends to help guide the redesign process.” 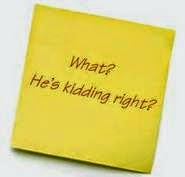 In a Feb. 2005 report, Achieve, Inc. made an only slightly less ridiculous claim:

"Consequently, all students--those attending a four-year college, those planning to earn a two-year degree or get some postsecondary training, and those seeking to enter the job market right away--need to have comparable preparation in high school."


However, this did not dissuade Governor Blanco from officially signing Louisiana on to Achieve, Inc.’s American Diploma Project (ADP) Network the very next month.

The Louisiana Legislature followed suit in May by codifying the High School Redesign Commission in statute.  The stated mission was for the Commission to "make recommendations for the development of statewide policies, guiding principles, and programs that address the current and future economic needs of the state and promote student success in high school and life beyond secondary education.

Among the names of those voting FOR the bill? Brett Geymann, A.G. Crowe and Jane H. Smith, all of whom were representatives at the time. (See vote HERE.)

Reprinted with permission. Original is published HERE. To understand the grave significance of Willard Daggett's involvement with this, see Daggett's listing in the index of the deliberate dumbing down of america.
Posted by Charlotte Iserbyt at 3:26 PM