No Way ESEA!
"Ammunition" you can use against the ESEA 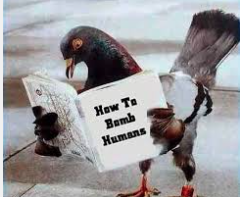 The following three outrageous quotes from education "experts" can be found in my book the deliberate dumbing down of america. These quotes can be used in the fight against the Reauthorization of the ESEA. Remember:

ERASING INDIVIDUALISM & COMPETITION
Professor James Block, a leader in Skinnerian/mastery learning circles (what later was called Outcome-Based Education (OBE), and what is now called "Common Core"), published an article in Educational Leadership (November 1979) entitled “Mastery Learning: The Current State of the Craft,” where he stated:


One of the striking personal features of mastery learning, for example, is the degree to which it encourages cooperative individualism in student learning as opposed to selfish competition. Just how much room is there left in the world for individualists who are  more concerned with their own performance than the performance of others? One of the striking societal features of mastery learning is the degree to which it presses for a society based on the excellence of all participants rather than one based on the excellence of a few. Can any society afford universal excellence, or must all societies make most people incompetent so that a few can be competent? [excerpt from page 118, bold added] 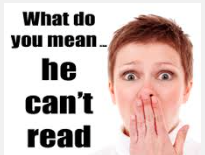 "CHANGING VALUES" MORE IMPORTANT THAN LEARNING HOW TO READ
In a Washington Post article dated August 1, 1977, entitled “Competency Tests Set in 26 Schools,” Thomas Sticht—who was later named to U.S. Secretary of Labor Elizabeth Dole’s Secretary’s Commission on Achieving Necessary Skills (SCANS)—was also mentioned as an associate director at the National Institute of Education (NIE) at the time mastery learning (OBE, now called Common Core) was implemented in the D.C. schools. The Post article quoted Sticht extensively, verifying that he and Spady were both deeply involved in the implementation of the new mastery learning curriculum. Later, in 1987, The Washington Post again paraphrased Sticht as follows:


Many companies have moved operations to places with cheap, relatively poorly educated labor. What may be crucial, they say, is the dependability of a labor force and how well it can be managed and trained, not its general educational level, although a small cadre of highly educated creative people is essential to innovation and growth. Ending discrimination and changing values are probably more important than reading in moving low income families into the middle class. [excerpt from pages 215-16, bold added] 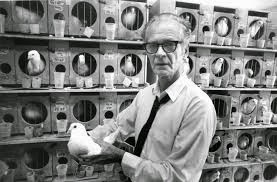 TRAINING CHILDREN LIKE TRAINING SKINNER'S PIGEONS
“Competency Tests Set in 26 Schools: New Curriculum Shifts Teaching Methods in District” was the title of an article which appeared in The Washington Post on August 1, 1977, that stated:


“The materials will be standardized, the lessons will be standardized,” Guines said. “We’re taking the play out. We’re taking the guesswork out. We’re putting in a precise predicted treatment that leads to a predicted response.” Guines said that the new curriculum is based on the work in behavioral psychology of Harvard University’s B.F. Skinner, who developed teaching machines and even trained pigeons during World War II to pilot and detonate bombs and torpedoes. The basic idea, Guines said, is to break down complicated learning into a sequence of clear simple skills that virtually everyone can master, although at different rates of speed. “If you can train a pigeon to fly up there and press a button and set off a bomb,” Guines remarked, “why can’t you teach human beings to behave in an effective and rational way? We know that we can modify human behavior. We’re not scared of that. This is the biggest thing that’s happening in education today.”... [excerpted from page 146, emphasis added]


For further reading, see the month of October, where this blog ran an entire month-long series of posts explaining the connection between B.F. Skinner and his methods and the disastrous results: http://abcsofdumbdown.blogspot.com/2014_10_01_archive.html  This month-long series documents how Skinner's Programmed Instruction became Mastery Learning, which was re-named Outcome-Based Education and is now called Common Core. 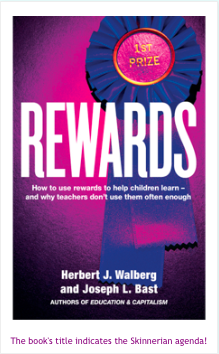 Also be sure to read the previous post, which is very encouraging: Gutsy Teacher Warns About ESEA
Posted by Charlotte Iserbyt at 12:24 PM